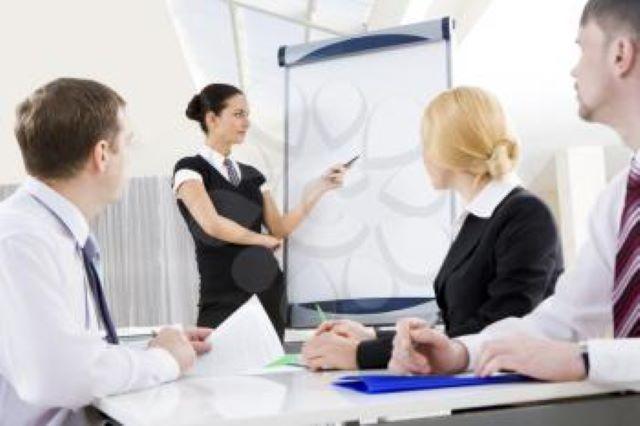 People who talk attract attention. Those who receive positive attention are promoted. It’s so simple.

Even if you do your job well, it may not matter unless others know what you have accomplished. At some point, for others to understand the value you create, you need to be able to articulate what you do and why you do it.

In today’s workplace, public speaking skills are expected, not just nice-to-have skills. When asked to give a formal presentation or called to a meeting, if you can’t speak convincingly, executives see this lack of skills as a major reason for refusing a promotion. They rate “Needs more polish” on performance reviews.

Do men and women get equally nervous when asked to speak in public?

My answer as a presentation coach for over three decades: Men and women are equally affected by public speaking. However, some men seem to hide their nervousness more easily than women. In fact, women sometimes open their talk to a group with a comment about their nervousness. For example, “I don’t know why they’re asking me to cover this. I’m always so nervous. I would rather be at the back of the room sitting on my hands. But there…”

When men have a case of nerves, they tend to hide it by putting a shaking hand in their pocket or clasping both hands behind their back as if standing at rest from a military parade. If their knees start to wobble, a wide pant length covers the giveaway. If their voice breaks, they try to recover with a fake cough. Because a man usually shows less emotion in his facial expression, audiences don’t easily read the fear he may be feeling.

Women, on the other hand, tend to just “take care of it”. That is, if their hand shakes while they are making a gesture, they have no natural way to hide it. Dresses or skinny pants reveal wobbly knees. If their voice is shaking, their natural facial expression easily reveals embarrassment. Thus, a woman’s fear is usually more apparent.

For men and women who seem less fearful of public speaking, their confidence seems to stem from their success in other past activities as solo performers in front of a crowd – in sports, music or art.

What are the 5 common mistakes women make when speaking in public?

Let me stress at the outset that neither men nor women are superior speakers. Both men and women have their challenges and their advantages. But for now, I’m tackling these common female mistakes.

Mistake #1: Shaking, poking wrists or elbows. The speaker with such gestures comes across as naturally animated, but untrained and unpolished. Rather than emphasizing key points, uncontrolled and random gestures become meaningless distractions. Instead, aim for smooth, focused shoulder gestures.

Mistake #2: Speaking too quietly. Maybe it’s because our mothers taught us not to be “loudmouthed” or that being feminine means having a soft voice. Whatever the cause, sluggish volume in the business world is often equated with shyness. Not a good look, uh, uh, sound!

Mistake #3: Standing rigidly. A rigid stance conveys an inflexible attitude, not to mention giving the impression of a “vacuum” of deer in the headlights to the presentation. The audience frequently mirrors the speaker’s body language. When a speaker looks tense, the audience will feel tense.

Mistake #4: Talking too fast. A fast speaking pace has its advantages: Audiences say that speakers who speak quickly are energetic, enthusiastic, passionate and competent. But when the pace of speech changes from fast to “too fast”, the audience comments that the speaker sounds “nervous”, “immature”, “tiring” and “difficult to understand”.

Mistake #5: Ending sentences with a rising intonation. In other words, a statement sounds like a question because the speaker raises, rather than lowers, their voice at the end. For example, “This survey data may only be preliminary, but at this stage there appears to be a trend.” Raise your voice on the “trend,” and the audience will think you’re asking their opinion. If such “talking up” becomes a trend, the public will see you as tentative and need approval for your conclusions.

Make those mistakes go away and master their opposites to gain positive attention, the kind that leads to advancement. Decide to talk to go up.

Dianna Booher is the bestselling author of 49 books, including Communicate like a leader. It helps organizations communicate clearly. Follow her at BooherResearch.com and @DiannaBooher.