Clubs, organizations, schools, and businesses have all come to grips with online video calling as a means of communication.

Talk to the club Lead Toastmasters is no different.

With the onset of COVID-19, the Toastmasters group moved from meeting at the Hudson WESTconsin location to meeting virtually on Zoom.

Toastmasters is an international organization whose members work together to improve their public speaking and leadership skills.

All are invited to join.

Visit toastmasters.org/find-a-club to find a club to join, including Speak to Lead.

Speak to Lead meets on the first and third Mondays, 12-1 p.m.

Whether the last public address you gave was in eighth grade or it’s a regular part of your job, “all levels of people can benefit from it,” says longtime Toastmasters member Steve Crooks.

In eighth grade, Crooks was so afraid to give a speech in class that he ended up sick in the nurse’s office.

Until he accepted a job at 3M, he had been able to avoid public speaking. In his new job, it was a skill he couldn’t live without.

A Toastmasters group was available for employees, so he joined.

After about eight speeches and a lot of trepidation, Crooks got comfortable. It was in the late 80’s.

Since then, Crooks has spent time away from Toastmasters, raising his children with his wife, but returned in the late 90s. Today, he is an active member of the band Speak to Lead. With a central location in Hudson, members come from all over.

Crooks lives in Mohamedi, Minnesota as a musician, and has been there for decades.

Margo Johnson currently resides in Osceola, Wisconsin and joined Toastmasters just a few years ago. As an alternative medicine practitioner and business owner, public speaking was something she felt she needed to add to her repertoire of skills.

“I grew up with a healthy fear of speaking in front of people,” Johnson said. “I avoided public speaking the rest of my life.” Well, until Toastmasters, that is.

Johnson sought to convey his company’s message to people, no matter the situation.

Meeting twice a month with Speak to Lead helps him master the skill of clarity, think quickly, and communicate a message to more people.

With some energy that comes with meeting in person, the group hopes to slowly return to face-to-face gatherings. For now, the group will continue to meet virtually.

“The Zoom label has its own set of skills,” Johnson said. “My ‘camera jitters’ have also lessened.”

During meetings, members are assigned roles to practice leadership, speaking and constructive criticism. The focus is always on positivity and growth.

One of the members will be assigned the position of Ah-Counter, counting the number of filler words like “um”, “ah”, “so” and “like” during speeches. Other jobs include timekeeper, grammarian, meeting leader, called the Toastmaster and more.

Interested parties are invited to attend the meetings, free of charge, as guests to get a feel for the group and test the waters. 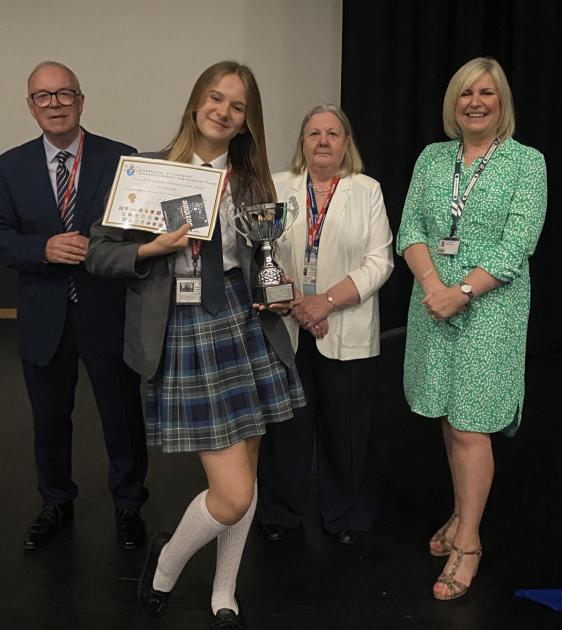