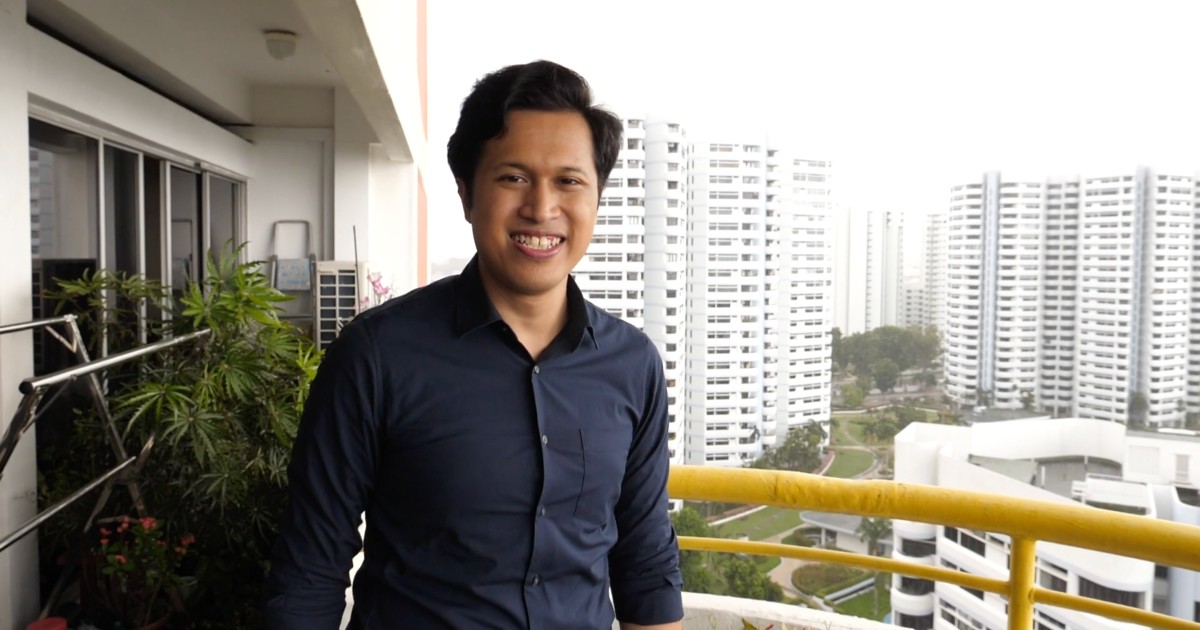 For the uninitiated, 23-year-old Adam Samdin’s hobby has nothing to do with baking bread.

In fact, as a member of a Toastmasters club, Adam spends most of his time working on his public speaking skills. Widely known as one of the 10 greatest fears in the world, most would never imagine public speaking as a hobby.

“But for me, it’s something I really enjoy doing because it helps me express myself in a way that allows others to understand me as a person,” Adam shares.

What sparked Adam’s love for public speaking began at the age of 11 when he gave his first speech on his favorite game – MapleStory – in front of his elementary school classmates.

He recalls: “I still remember the first speech I gave… I really put a lot of effort into it. Being very enthusiastic about video games, I gladly shared my experiences playing MapleStory.

Surprisingly, stage fright had no hold on 11-year-old Adam at the time, despite the daunting task of speaking in front of his entire class and teacher.

“In a Toastmasters club, everyone has speakers who really want to help the people around them improve their public speaking and leadership skills. It’s really because of this community of speakers that I’ve been able to not only give speeches but also receive feedback on how to improve,” says Adam.

Thanks to the community of toastmasters that Adam met, he was able to deepen his public speaking skills.

After completing his military service, Adam was looking for something productive to do before college started. His former coach offered an available gig as a public speaking trainer, which Adam gratefully accepted.

The gig later expanded into coaching opportunities at public schools. It would train students in public speaking, debating and communication skills.

“We have trained over 3,000 students, which I am very happy about. I just saw it as an opportunity to improve the lives of different students and hopefully give them value as well,” says Adam.

Of course, Adam’s hobby of public speaking didn’t come without some difficulties. Being a public speaker meant that he often found himself under the scrutiny of many outsiders.

He confesses, “I think the main challenge every speaker faces is the very idea of ​​criticism.

“When I started getting feedback, it was quite painful. But along the way, you realize that people don’t criticize you as a speaker, they criticize the speech you give.

The whole process of introspection also helped Adam learn to be more comfortable in his own skin.

“So before we give a speech, I feel like it really forces us to look inside ourselves and better understand who we are before we can share what we have to say about someone. one or something else,” he says.

Thanks to his hobby, Adam was also able to gain confidence.

For those looking to get better at public speaking, Adam thinks it will take hard work and consistent effort.

“It’s easy to admire great speakers and think you’ll never be as good as them. But really, it’s because they put in a lot of hard work that got them to where they are today, and I think that’s something anyone can do.

“If you want to improve, the most important thing is to start doing it, no matter how demoralizing or disheartening your very first speech may be. After taking that first step, you can really start to improve and look forward to greener pastures!

How I overcame my fear of public speaking