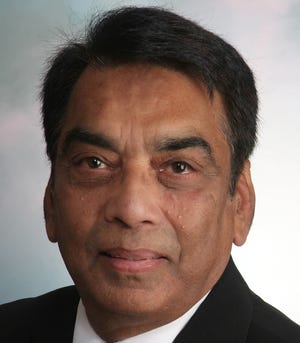 Imagine that you are one of the five finalists for a management position at GE. Each of you has Ivy League credentials. To ensure that the best candidate gets the job, each of the finalists is invited to present their case to senior management.

The candidates take the stage one by one. Those with no public speaking experience seem nervous and scared. Their presentations are awkward and faltering. You, on the other hand, use your public speaking skills to make a clear, powerful, and compelling presentation. Ultimately, you get the job.

It is not a fantasy or an imaginary scenario; it happens all the time in the real world. You might have the best and brightest ideas, but if you can’t persuasively and credibly express them in public, those ideas are worthless.

In a survey of approximately 500 organizations, public speaking was ranked as the top personal attribute sought by employers. The importance of communication skills can be seen in all occupations. Whether you are a CPA, a cardiologist, an engineer or a soccer coach, you will certainly find yourself in situations where you need to speak in front of people, to champion your cause. Public speaking skills give you greater visibility and help advance your career.

In ancient Greece and Rome, public speaking was at the heart of education and civic discourse. History is replete with examples of how skilled speakers used their verbal skills to persuade and convert key decision makers to accept and adopt a specific agenda.

However, public speaking, while vitally important, is not easy. Even the term “public speaking” itself evokes fear and tension in otherwise very capable and confident people. Speaking in public can be terrifying.

In fact, a recent poll found that public speaking is the number one fear in America, with death, believe it or not, coming far behind. Jerry Seinfeld once said, “It means, to the average person, that if you’re going to a funeral, you’re better off in the casket than giving the eulogy. Most people would rather do just about anything else than speak in front of a crowd.

Despite the fear and difficulty, if you want to advance in the world, you must learn, practice, and perfect the art of public speaking. With dizzying technological innovations in modern communication, from email to instant messaging to teleconferencing, it’s easy to imagine that public speaking will soon become redundant. But in fact, public speaking has become more important than ever.

The act of speaking is dynamic, tangible and, above all, immediate. Public speaking is much more effective than writing in conveying meaning to the target audience. The speaker has a vast repertoire of tools to communicate his message in a persuasive and meaningful way.

For example, the speaker has body language, utterance, tenor, pitch, pause and appearance available to him.

Having understood the meaning and implications of public speaking, you may now be wondering how to acquire and master this skill. Fortunately, there are many avenues available for honing your public speaking skills.

Your community college might be the best place to start. In addition, there are organizations such as Toastmasters International, Rotary Club, and Dale Carnegie, dedicated to developing and perfecting the art of public speaking. You may want to start with a Google search to find out what options are available in your area. Toastmasters and Rotary are global organizations and therefore you might find a club near you.

However, membership in a Rotary Club is by invitation only. Your most effective and cheapest option might be to join Toastmasters International, which has clubs in many locations in the United States and around the world.

At a Toastmasters Club, you will find “a learning-by-doing environment that allows you to achieve your goals at your own pace.” The investment you make in improving your public speaking skills is sure to pay off, personally and professionally.

Mohammad Yunus, former CEO and Administrator of Singer Mental Health Center Hospital, has been a faculty member at the John Sperling College of Business at the University of Phoenix since 2003.