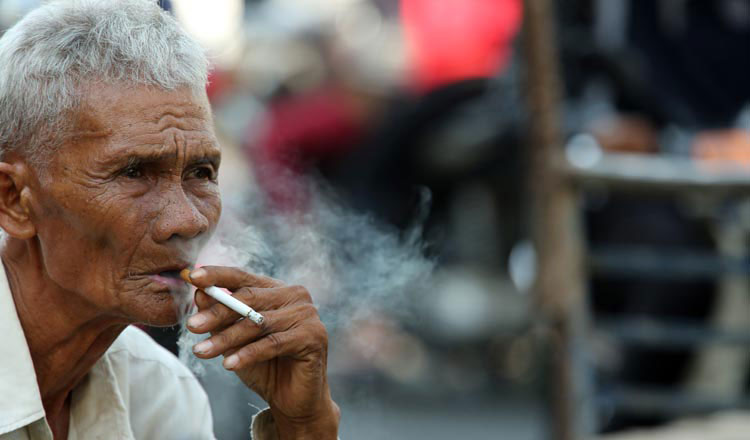 The public speaking final organized by the University of Puthisastra (UP) and the Cambodian Health Movement (CMH), under the theme “Measures to increase tobacco tax”, was held on May 23 and continued the discussion on increasing tobacco taxes in Cambodia.

The students rejected all arguments against enacting the law to increase tobacco taxes. Sim Srey Leap, the winner of the competition, said that increasing tobacco taxes is the best way to help the death rate of citizens and also contributes to environmental protection.

The Royal Government has made the reduction of smoking, particularly among young people, a public health and environmental protection issue. Several NGOs have worked to lobby for increased tobacco taxes.

Cambodian Health Movement President Mom Kong said that by studying the International Tobacco Company’s internal documents, the tobacco industry is using program support strategies to build relationships with people who have the right to have an impact on policy-making and reputation building. the company. Tobacco companies have also used subsidies to build trust, increase profits, and prevent the implementation of health protection policies for the population.

Thy Ratana, a young student from Phnom Penh, said that tobacco companies or the tobacco industry are now promoting their products in almost every city in Cambodia, the reason for these promotions is why young people have started smoking.

Ratana added that raising tobacco taxes is an effective way to reduce the number of smokers to a small number and help boost the economy to some extent.

A former public administration named student of the year