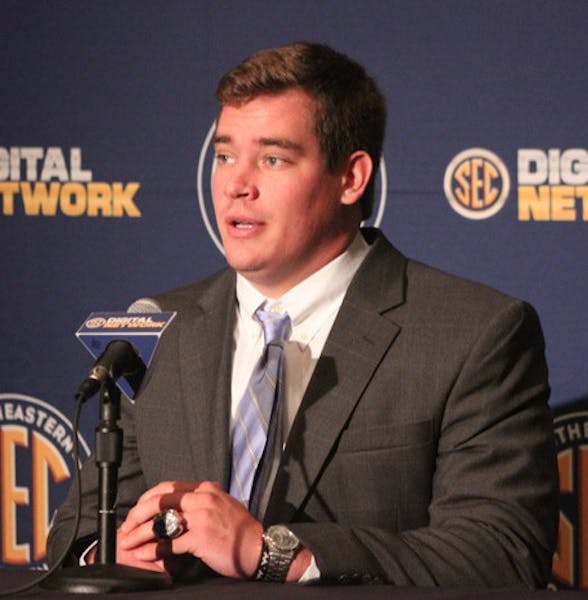 This award was created in March 2017 to honor former Auburn student and football player – Philip Lutzenkirchen (pictured above). He was a brilliant young man who exuded confidence with every step he took. He tragically died in a car accident on June 29, 2014. The Lutzie 43 Foundation gives $ 4,300 to the recipient of the Philip Lutzenkirchen Excellence in Public Speaking Award to remember Lutzenkirchen’s football number, which was 43. This award honors his great personality and his accomplishments as a communication and journalism student as well as a student athlete.

Jennifer Johnson, Lecturer and Director of Public Speaking at Auburn, introduced the family to the idea for the award about 4 years ago and developed the Public Speaking Award to bind Philip Lutzenkirchen and his passion.

“He was also chosen by Coach Chizik and the staff to make a large part of the public speaking on behalf of the team, because I think they trusted what he would say, his message, he would. would represent well and the Auburn family well. I believe that’s why we have this competition, “said Philip’s father Mike Lutzenkirchen, who started the Lutzie 43 Foundation as a lasting tribute to his son.

This public speaking competition is held every semester, and public speaking students nominate their peers to perform speeches themselves in front of a panel of judges. 70 semi-finalists will compete in the semi-final round today, Wednesday, October 27, at the Jay and Susie Gogue Performing Arts Center (GPAC).

After this round, there will be six finalists who will compete for the Philip Lutzenkirchen Award of Excellence in Public Speaking on November 1 at the GPAC.

“These kids are amazing, they are 18 and 19 and their poise and professionalism is remarkable,” said Mike Lutzenkirchen. “They look and look professional, the confidence they have is fantastic. I can’t wait to see the breadth of topics the attendees will bring this year.

Italian Minister of Economic Development: "We are in the process of completely changing the public administration"