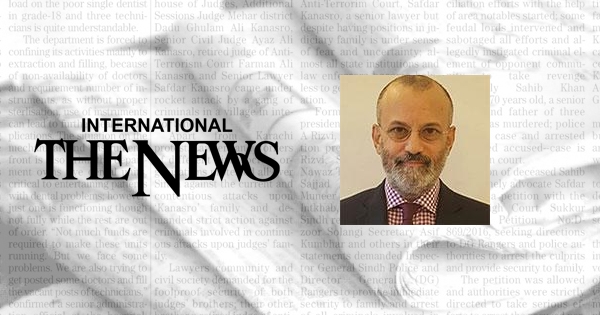 Policy making is an important and consistent public activity that needs to be in the spotlight – and it often is. A related public activity, also very important but which deserves to be highlighted, is the implementation of public policies.

Public policy is primarily viewed as legislation enacted by parliaments. One of the reasons for this perception is that politicians – both those who support a policy and those who oppose it – will take the debate on a policy from parliament to the media and, through the media, to the media. public.

The focus on policy-making processes in parliaments helps to draw the attention of political influencers and the general public to policy-making. The constructive and genuinely deliberative aspects of this attention can lead to better policy. However, there is little recognition that the quality of administration and policy implementation does not depend solely on the quality of policies adopted by parliaments.

When examining the impact of public policies on the lives of citizens, political legislation emanating from parliaments is essential, but alongside this high-visibility activity, it is another very important subsequent activity that rarely receives attention. the attention it deserves. This equally important but often overlooked activity is the actual administrative implementation of public policy.

The implementation of public policy by the bureaucracy and the public administration sector is a very important aspect of policy. The role of the bureaucracy is broad and in addition to broadening and clarifying policy as legislated by parliaments, it also plays an important role in drafting the content of policy proposals or bills that are debated in parliaments. .

These bills which are presented for debate in parliament are complex pieces of legislation which must conform to existing laws. In many cases, the proposed legislation will involve complex alignments or possible modifications of existing laws, rules and regulations.

The policy-making processes followed by parliamentarians contribute significantly to the formulation of effective policies. The more participatory and deliberative the processes, the better the quality of legislation. Policy making that emerges from more inclusive processes may better reflect the views of diverse stakeholder groups. Likewise, decision-making processes at the implementation level must also be more participatory and deliberative.

The effectiveness of these two techniques is context specific and one cannot be considered superior to the other in all possible scenarios. Likewise, the advantages and disadvantages of each of these group decision-making techniques vary depending on the situations in which they are applied.

Design is also a powerful antidote to “group thinking”. Group thinking is a significant weakness in group decision-making situations. The phenomenon works when group members are less critical of group decisions. When group reflection takes place, some group members, although personally not in favor of a decision, will nonetheless support it publicly, as most other group members do. A well-known example of group thinking was observed during the Cuban Missile Crisis of 1962 during the administration of John F Kennedy in the United States. A sobering incident, when we recognize that during the missile crisis, the United States and the USSR were very close to launching nuclear strikes.

The nominal group technique is a much less controversial design that focuses on advancing group decision-making while minimizing criticism of the group member’s ideas. Mechanisms for designing such a process include working in isolation, reviewing suggested decisions only for clarification, and using the secret ballot to reach final decisions.

The advantages of this technique include that it will encourage group members who would otherwise be reluctant to share their ideas in the face of possible criticism, to freely share their ideas. In addition, this group decision-making process is generally more efficient because less time is spent responding to criticism.

Between the various conceptions of these two decision-making techniques, there are a myriad of other possibilities. The purpose of highlighting these two diverse techniques is to highlight the vast choices that exist in group decision-making processes. Ultimately, it is the context that should guide the choice of the appropriate technique.

Although the development of new public policies is a central function of government, the public realizes the full impact of a policy when the policy is implemented. Using appropriate group processes can help public administration experts make better and more inclusive decisions about the implementation of public policies.

The author is a political analyst and former director of an academic policy center in Islamabad.