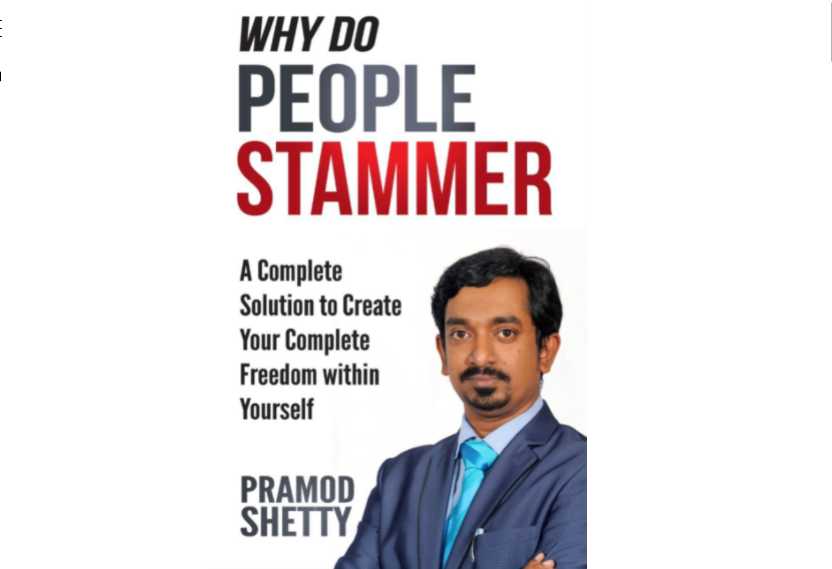 DOHA, Qatar, Jan. 17, 2022 (GLOBE NEWSWIRE) — Acclaimed author and business executive Pramod Janardhan Shetty, commonly referred to as Pramod Master Coach, is releasing a book that aims to help establish effective communication and mentor people. The book is titled “Why People Stutter: A Complete Solution to Creating Your Total Freedom Within Yourself”.

In her book, Shetty argues that the way we behave is often the first thing people notice about us. People are rated based on their appearance, mannerisms and body language. It shows in their daily actions. When it comes to appearances, it all depends on what you can see.

Everyone likes to make a judgment based on first impressions. Generally speaking, people believe that the key to their success is their ability to articulate a specific point with vehemence. If they can communicate effectively, they will be considered intelligent. A person’s career or academic prospects improve as their ability to communicate orally improves. They can communicate effectively and convey their thoughts without hesitation. But what about people who have trouble communicating?

Shetty argues that, as a child, or even as an adult, her limitations can be seen as a particular challenge. It is also possible that there is some sort of psychological or physical problem going on. The author will highlight those who cannot speak clearly, such as those who stutter. While this is a deficiency, there is no evidence to suggest that this individual lacks intelligence, intellect, or talent in any way. Children and adults subject to such natural limitations acquire additional burdens, which exacerbate their predicament. It is hard to imagine the battles these people have fought on a daily basis. They find it increasingly difficult to go about their daily business. These conditions can harm a child’s emotional or educational development. This can lead to a wide range of issues that can be stressful in the long run due to their inability to communicate effectively.

When it comes to those who stumble or stutter frequently, the world isn’t always on their side. Even if you have a physical or mental condition, it is more difficult to complete daily tasks. People are often denied the time and space to effectively communicate their ideas. Bullying and ridicule are common due to people’s inability to communicate effectively. For them, things get even more confusing than usual. For most people, the battle to make and keep friends is not a problem.

This book further encapsulates the idea that families assume they don’t want to communicate in plain language because they are often teased or ridiculed. Everyone must realize that communication is a two-way street. When we have a conversation, we need to pay attention to how we convey the message to the other person. Those who suffer from stuttering can benefit from giving themselves more time and cooperation.

This content was posted through the press release distribution service on Newswire.com.