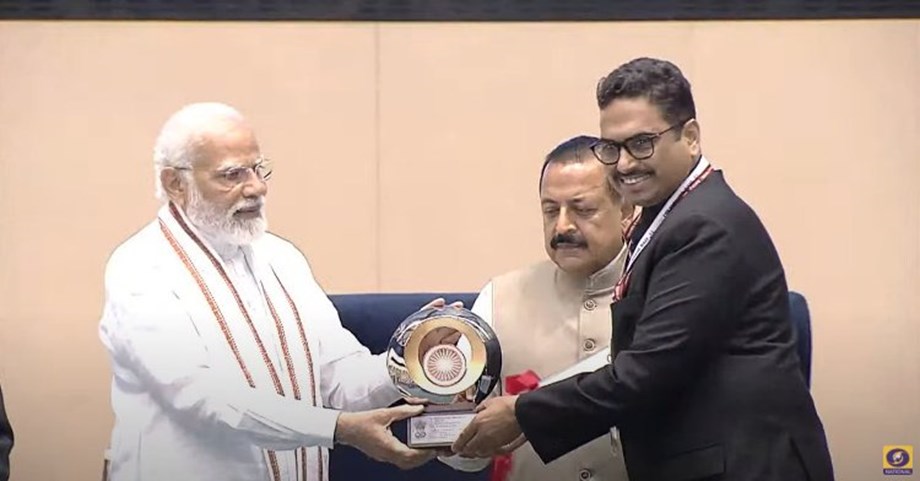 Speaking on this occasion, the Prime Minister greeted all “Karmayogis” on the occasion of Public Service Day. It began with suggestions for improving governance and knowledge sharing. He suggested that all training academies could virtually share the process and the experiences of the winners on a weekly basis. Secondly, among the awarded projects, a program can be chosen to be implemented in a few districts and the experience of it can be discussed during the Public Service Day of the following year.

The prime minister recalled that he had been interacting with officials for 20 to 22 years, first as chief minister and later as prime minister. It was a mutual learning experience, he said. Shri Modi underscored the importance of this year’s celebration as it falls in the year of Azadi Ka Amrit Mahotsav. He asked administrators to call former district administrators in this special year in the district. This will breathe new energy into the neighborhood and bring a welcome dynamism in the perspective of a neighborhood administration enlightened by the experience of the past. Likewise, Chief Ministers of States may call upon former Chief Secretaries, Cabinet Secretaries of State during this historic year to commemorate and enjoy the flag bearers of the administrative apparatus who have contributed significantly to the journey of independent India. This will be a fitting way to honor public office in the year of Azadi ka Amrit Mahotsav.

He said Amrit Kaal is not just for celebrating or praising the past and the journey from 75 to 100 simply cannot be routine. “India @100 cannot be a routine. This 25 year period must be seen as a unit and we must have a vision from now on. This celebration must be a turning point.” Each district must move with this spirit. We must not let up and now is the time to rededicate ourselves to the promises and guidance that Sardar Patel gave on that day in 1947, the Prime Minister said.

The Prime Minister said that in our democratic system we should focus on three things. The first aim is that there should be a change in the life of ordinary people in the country, their life should be easy and they should also be able to feel this ease. Ordinary people shouldn’t have to struggle in their dealings with the government, benefits and services should be available to them without hassle. “Bringing the dreams of the common man to a level of resolution is the responsibility of the system. This Sankalp (resolution) should be brought to Siddhi (completion) and that should be the goal for all of us. We should be there to hold hand in every step of this journey from Sapna (dream, to Sankalp (resolution) to Siddhi (completion),” he added. Secondly, given India’s growing stature and changing profile, it is imperative that whatever we do, it is done in the global context. If we do not follow the activities at the global level, it will be very difficult to determine our priorities and our area of ​​intervention. We must develop our programs and our models of governance with this perspective in mind, said the Prime Minister. today with the systems are from the last century. Third, he said, “Wherever we are in the system, our primary responsibility is unity and the integrity of the country, there can be no compromise. Even local decisions must be measured on this touchstone. Each of our decisions must be evaluated on its ability to strengthen the unity and integrity of the country.’Nation First’ should always guide our decisions.

The great culture of India, our country is not made of royal systems and royal thrones. The tradition we have had for thousands of years has been a tradition of carrying on the strength of the common man. It also informs the spirit of the county to embrace change and modernity while preserving our ancient wisdom, the Prime Minister said. He emphasized that it is the duty of the government system to nurture, liberate and sustain the capabilities of society. He gave examples of innovations taking place in the start-up ecosystem and agriculture and called on administrators to play a supportive and supporting role.

Emphasizing the difference between the typist and the sitar player, the Prime Minister stressed the need to lead an examined life, a life of dreams, enthusiasm and purpose. “I want to live every moment so I can serve and help others live well,” he said. Shri Modi urged the officers to live outside the box and think outside the box. Governance reform should be our natural position, he continued, governance reforms should be experimental and in line with the needs of the times and the country. He referred to reducing outdated laws and the number of compliances as one of his top priorities. The Prime Minister said that we should not change only under pressure, but that we should proactively try to improve. We must not be governed by regulations and the mentality that emerged in the time of scarcity, we must have an attitude of abundance. Likewise, we must anticipate rather than simply react to challenges. The Prime Minister pointed out that “over the past 8 years, many great things have happened in the country. Many of these campaigns are such that there is a change in behavior at its root.” He said he was not of Rajniti’s temperament but of Janniiti’s.

He concluded by asking officers to adopt key reforms in their personal lives. For example, whether or not cleanliness, GeM or UPI use is present in their own lives.

The Prime Minister’s Awards for Excellence in Public Administration have been instituted to recognize the extraordinary and innovative work done by districts/implementing units and central/state organizations for the welfare of ordinary citizens. They are also conferred for the effective implementation of identified priority programs and innovation.

Exemplary work done in the following five identified priority programs will receive awards to be presented on Public Service Day 2022: (i) Promotion of “Jan Bhagidari” or People’s Participation in Poshan Abhiyan, (ii) Promotion of Excellence in Sports and Wellness through Khelo India Program, (iii) Digital Payments and Good Governance in PM SVANidhi Yojana, (iv) Holistic Development through One District One Product Program, (v) Seamless Service Delivery and end to end without human intervention.

A total of 16 awards for 5 identified priority programs and for innovations in public administration/service delivery, etc. will be awarded this year.