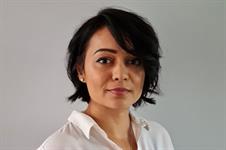 Then it seemed a luxury to have the bandwidth to broadcast communications to regional outlets, not to mention ethnic publications. Although this was a key objective, it was a ‘good to have’. Now, this is a “have it or be cursed” scenario; and it was about time.

The Black Lives Matter movement and the devastating consequences of COVID-19 on ethnic minorities have awakened the communications world to inequalities that we either couldn’t or wouldn’t see before. What would once have been isolated incidents are now sparks that have spread like wildfire.

It’s not just about good or bad PR either; demonstrating genuine efforts for equality can make or break an organization’s reputation. But that cannot be done without including the groups we are trying to communicate with.

There are countless public sector campaigns or events criticized for having too many male and / or white faces. Even the faces of public sector leaders are changing, with more government figures from ethnic minorities and the recent appointment of Amanda Pritchard as NHS England’s first female CEO.

Seasoned colleagues recall the efforts of local and central government to reach various communities since the 1980s. After sweeping health system reforms and seismic events such as September 11, we have seen yo-yo phases. equal communications. It was until 2020.

Ethnic minorities who were the subject of a campaign to encourage uptake of the COVID-19 vaccine told us they did not want to be targeted, manipulated or persuaded; just to hear the facts and make up your own mind. I had seen this in so many campaigns before… an uneasiness to suddenly have the government’s focus on you as Sauron when you had been so used to living on the fringes of it.

This push-pull of over- or under-communication has not found its proper support. People want to feel equal, not singled out and never ignored.

The balance may also have been hampered by the imbalances in our own teams. Too often, the faces that communicate with various groups are not representative. Members of my network have struggled to find career equity – enough for BAME or professional women to use WhatsApp and Twitter groups to create a fairer space.

This must change if we are to use the valuable information about communication preferences, subtleties, risks and trends that only members of ethnic communities will know how to exploit.

Internships, development programs and other networks could all be used to enhance accessibility and encourage a broader scope of talent more representative of the communities we serve.

We face an uncertain fall and another long winter. With more waves and COVID-19 variants on the horizon, patient waiting lists and winter pressures, it would be easy to get sidetracked.

But the momentum is there now to correct the inequalities in our industry. We cannot afford to let this be a passing phase.

A new era for data in the public sector