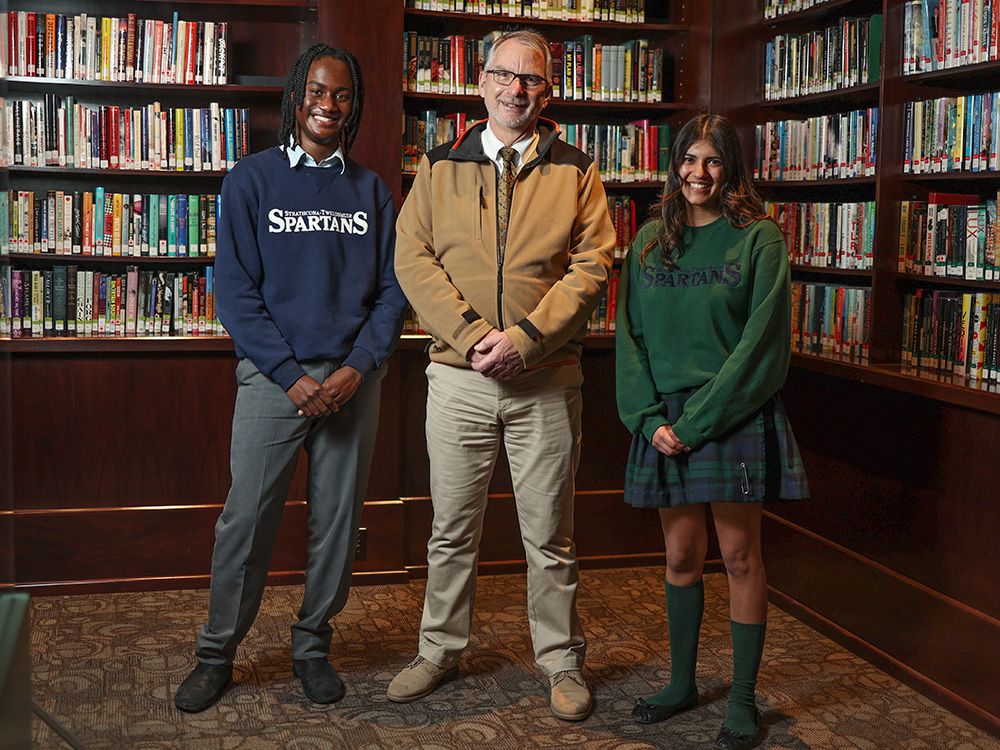 While many people are afraid to speak in front of a crowd, two students from Strathcona-Tweedsmuir School in Okotoks have proven themselves to be among the best in the world at this.

Alia Nanji and Bolu Kasumu will compete in the World Individual Debating and Public Speaking Championships in April in Ontario, although they will compete via Zoom due to the pandemic.

Kasumu earned his spot at the Canadian National Public Speaking Championship in February.

Nanji said that in the IISPSC, she had to compete in three different categories – radio show, dramatic performance and persuasive speech.

“Two of the three categories for me were submitted as video submission files and then I competed live on radio,” she said.

She reached the final in all three categories and competed live in each of them on Sunday.

Nanji ranked fifth in radio, third in dramatic reading, and first overall in persuasive speech, delivering a problem-solving speech on coral bleaching and the destruction of the world’s coral reefs.

Nanji and Kasumu are both members of Strathcona-Tweedsmuir’s speech team. Nanji said she was afraid of public speaking when she started 7th grade, so she started out in theater activities which brought her on stage with a group.

“As I got more and more confident, I was able to try things on my own. It became my favorite extracurricular activity here,” she said. elocution are always a lot of fun.”

Her teacher and coach, Lennard Fink, said public speaking is part of the school’s culture.

“It’s a component that students are more or less adopting, which makes it easier for us to expand the program,” he said.

Fink said the school also teaches debating, which will be a big part of Nanji and Kasumu’s participation in the April contest. Parliamentary debate will be one of the categories.

Strathcona-Tweedsmuir won the top school in Canada and the top school overall among the six nations participating in this weekend’s IISPSC, which Fink says is the biggest competition of its kind in the world.

“We’ve had a lot of success in this tournament over the past five years,” he said. “We’ve always been in the top five, but this is the first time we’ve won the tournament overall. It was very exciting.

Nanji, a grade 12 student, said she had already been accepted to the University of Waterloo and her long-term goal was to study law, in part because of her love of public speaking.

“Being able to speak with confidence has really helped me in a lot of different scenarios. I’ve definitely become more confident over the years.

As the April contest approaches, she said she will research a new drama to read, practice speaking impromptu and hone her debating skills.

Sign up to receive daily news from the Calgary Herald, a division of Postmedia Network Inc.

Thank you for your registration!

A welcome email is on the way. If you don’t see it, please check your spam folder.

The next issue of Calgary Herald Headline News will soon be in your inbox.

We encountered a problem during your registration. Try Again

The public sector is on the digital journey - Tom Sime