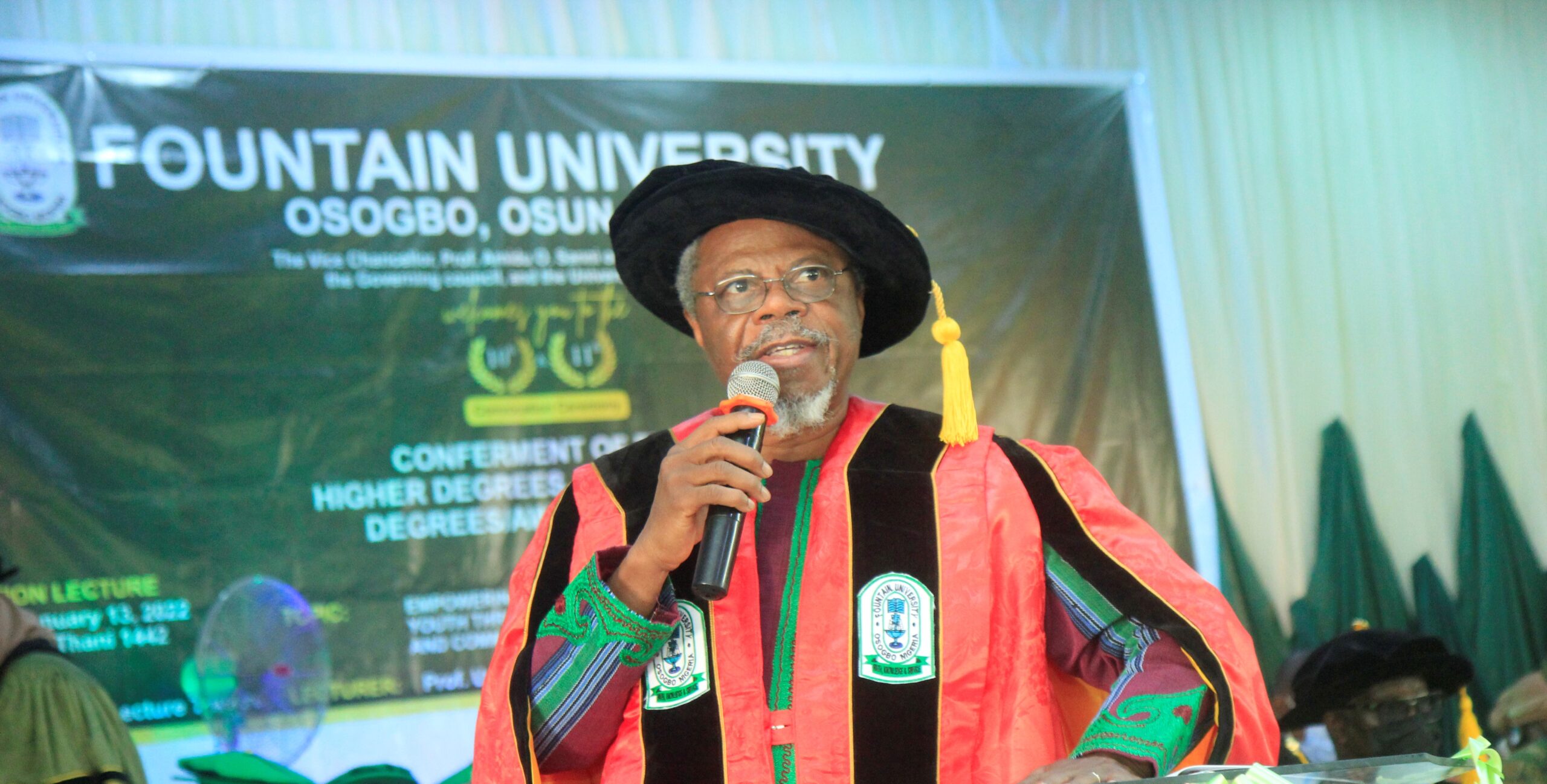 Fountain University of Osogbo, Osun State has honored Toyin Falola, a renowned professor of history, with a doctorate in public administration.

The award was part of programs to mark the university’s tenth and eleventh convocation ceremonies.

In his speech at the award ceremony which took place on Friday, Amidu Sanni, Vice-Chancellor of the institution, commended Falola for his contributions to the progress of the education sector.

In his address, Falola thanked the university and congratulated the graduating students.

He also encouraged university administrators to remain engaged in their efforts to bring sustainable development to the institution.

Speaking about the importance of this award, Falola said it was a first of its kind for him.

“But they did two unique things, and I was very impressed. I was the only one they gave; it’s very impressive. Most of the time universities want to attract the people they award these award in order to make money from it. I received this award based on my merit and not because of a promise to do anything. It was the merit of my scholarship.

“Another thing that impressed me when I arrived there was that I was awarded my first honorary doctorate in public administration. I never knew; I was only told that I would receive an honorary doctorate; I was not told in which area.

“The precedents have been in the humanities and history. Let’s say we reset the clock and you should wish me luck.