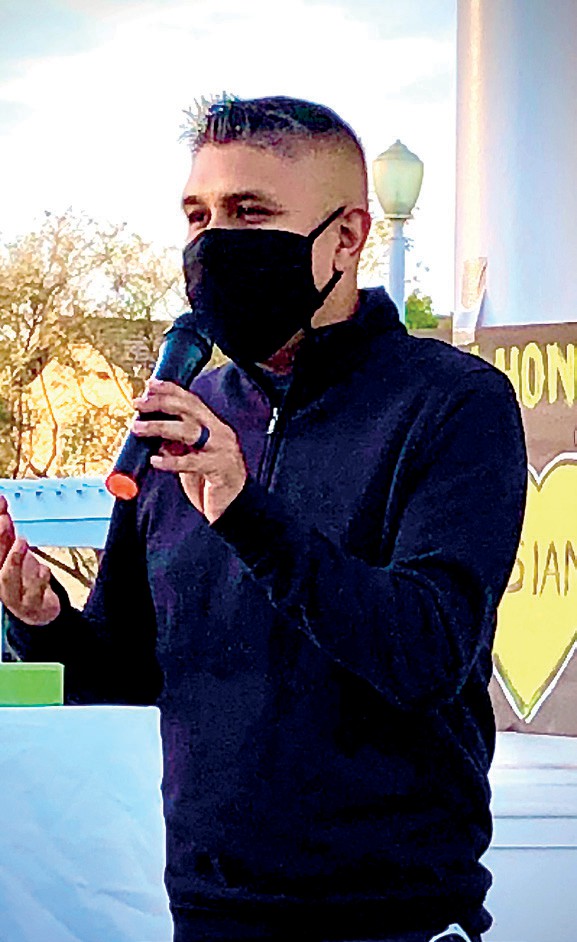 JHE will benefit the city’s computer network infrastructure and cannot exceed $770,000 over a two-year period.

Network infrastructure refers to all the hardware and software services and facilities of a computer network that enable network or Internet connectivity, management business operations, and communications.

Helen Miller, Chief Information Officer for the City of Oxnard, presented the item to the committee, and she said the city’s current network is made up of more than 200 physical components that support the delivery of services to residents at 27 city sites.

“In October 2019, the board approved funding for a network infrastructure refresh to replace and upgrade unsupported and insecure hardware components,” she said. “At that time, the average age of network equipment was 12 years. In the current state within two years of this approval, IT (information technology) has replaced and upgraded parts of the network, adopting modern network design and current architectural concepts and reducing the average age equipment from 12 to 6 years old. This is a 50% improvement; however, there are still 10-year-old network components.

She said the typical lifespan of the equipment is no more than 5-7 years.

“The equipment is already or will soon be decertified by the manufacturer, which means the city is still dependent on outdated or soon to be outdated network infrastructure,” she said. “Maintaining an up-to-date network provides significant benefits to the city, such as agile, secure and efficient, resilient and scalable architecture that responds to changing regulatory, strategic and operational opportunities, a fully supported environment by vendor manufacturer, intentional redundancy for business continuity, expandable for new business best practices and adoption of technology industry standards.

The agreement will increase bandwidth, enabling city growth and innovation and establishing a foundation for future business data and analytics capabilities that support a smart city.

She said the project’s scope of work allows for scheduled replacements and contingency for unforeseeable needs in times of crisis, including man-made and natural.

“For example, with the pandemic, manufacturer shortages have led to increased costs for businesses, as well as increased equipment delivery times,” she said. “It also includes the costs of licensing, maintenance, software updates, and associated infrastructure operation professional services to keep the network running optimally and protected from malicious threats.”

She said it provides network refresh and planned upgrades for fire stations.

“Secure and reliable connections between fire stations, central command and the vehicles that are here in the field,” she said.

The agreement will also improve the police department and municipal libraries, ensuring that safe services are provided to residents and customers of the city.

“Funds for these expenses are budgeted in the current year’s budget and will be requested in future years’ budgets,” she said. “Portions may be allocated to other department budgets and grants, as appropriate.”

“When you walk into city offices and see computers on people’s desks,” Miller said. “You see people in the public interacting with the internet connection or our public website. The tentacles of the computer network are all over the city and are integrated into everything we do in our operations. It’s the backbone of everything we do.

Teran said that when looking at the equipment that provides the network for the backbone infrastructure, he wants to know the typical functional age of the equipment.

“Useful life, best practices and the industry standard for network equipment, the largest network equipment that builds the network is 5 to 7 years,” Miller said. “It’s not uncommon for public entities to extend that investment and get that full value for well over seven years. There are risks to the organization in doing this. Ideally, in a perfect world, what would happen is that you would install a new network, and we would refresh it; we would start saving over that seven-year period while we were using it so that we would be ready seven years later to start again.

She said the city’s equipment has improved a lot over the past two years.

Teran thanked Miller for explaining the article, and Teran noted that due to Measure M, the article is prohibited from being shown live to the public.

Councilor Gabby Basua has said in the past; the city has been tight on budget and things have been pushed back on the back burner.

“Does the city have a replacement plan for computers, infrastructure and network,” she asked. “With things that have to do with computing, as far as that’s what we’re projecting, that’s a life expectancy of seven years, and now it’s time for a change. Do we have a list like the one that IT works on a yearly basis? »

Miller said the city has a list and they know the age of the equipment in the city.

“I’m still relatively new, so I can’t say if there are any reservations and if funding is in place to replace whatever we have on hand,” she said.

City Manager Alex Nguyen said it was something the city needed to work on.

Mayor John Zaragoza said having a budget for unforeseen crises is extremely important.

“It’s also going to include the cost of licensing, maintenance and any updates,” he said. “The software is probably out of date in a few years, so we have to keep up with software updates, which I think is really important.”

When politics and public administration are at odds