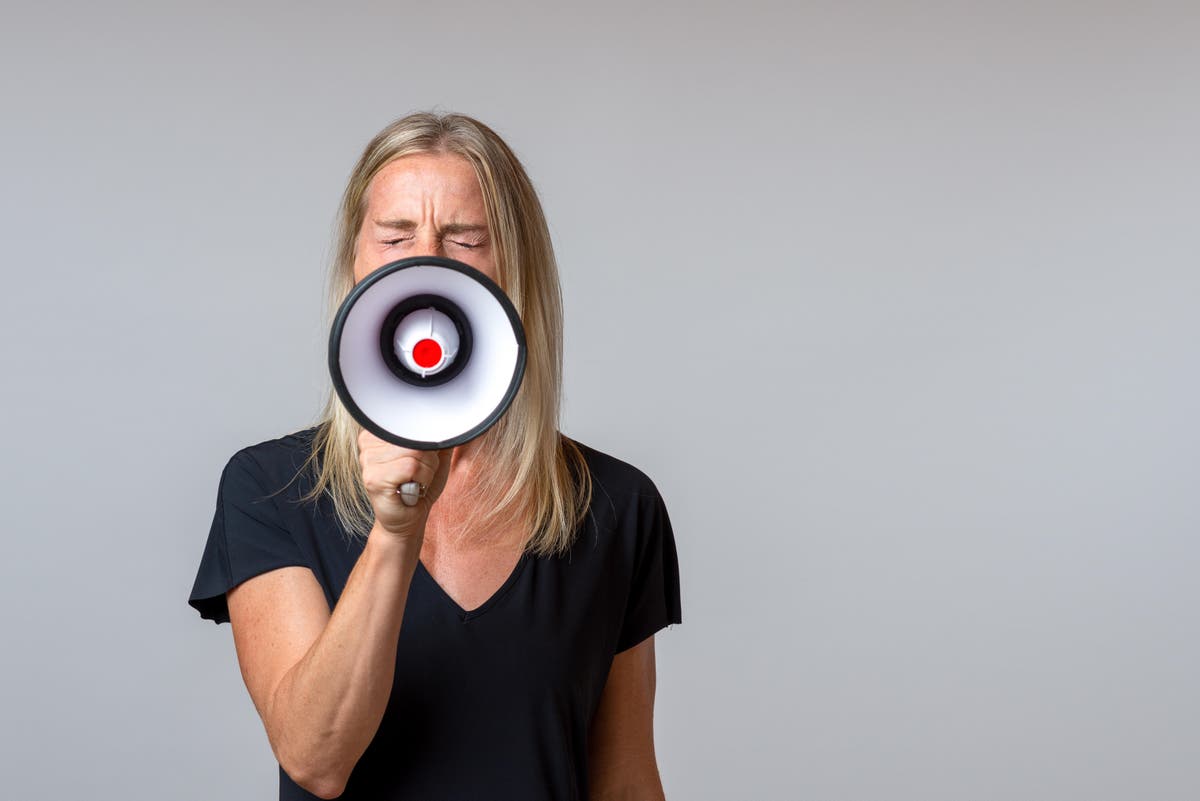 The thought of standing in front of a crowded hall and giving a wedding speech or an important work presentation fills many of us with thrilling terror.

Glossophobia, or public speaking anxiety, is one of the most common fears in the UK – according to the British Council, 75% of us suffer from anxiety about speaking in front of a crowd.

The physical effects can be extreme, with many people doing everything they can to avoid the uncomfortable symptoms of their public speaking phobia, such as a rapid heartbeat, sweating, dry mouth, and nausea.

But while this is a common form of anxiety, it can also be treated, and you don’t need to let the crippling panic of being in the spotlight hold you back in work and life. With preparation and persistence, you can become much more comfortable with the skill.

“The most important piece of advice for public speaking is to practice. The more we talk, the less uncomfortable you become over time, ”says Matt Eventoff, founder of Princeton Public Speaking (princetonpublic Speaking.com).

If you don’t have the opportunity to speak regularly at work, a practical tip is to join a local book club to build confidence and share your ideas. Also, try signing up for Toastmasters (toastmasterclub.org) – a network of clubs across the UK that teach public speaking and leadership skills – or even just give presentations with friends and family.

Filming yourself giving a speech sounds painful at first, but it can be useful for boosting self-confidence, as you often do much better than you think.

People have different levels of nerves, but if you’ve been given a work presentation, a few practical techniques can help you calm down during the day.

“Remember, people in the room want to listen to you and what you have to say,” says Paul Russell, doctor of psychology and managing director of soft skills training company Luxury Academy (luxuryacademy.co. uk).

“You can try putting a picture of someone who helps you feel calm on the catwalk in front of you, and whenever you feel nervous, pretend you’re talking to them.”

Alternatively, he says you can “pick two people” from the audience, on opposite sides of a row, towards the middle of the room, and “talk to them directly”. This, he says, makes it sound like you’re talking to the whole room.

Trend forecaster Shivvy Jervis, who has headlined over 600 events in front of thousands of spectators, says: “Really familiarize yourself with your material, but not in the form of a formal speech.

On the contrary, he says, think of it as “friendly bullets” that read like natural dialogue. “When you keep your talking points in this form and flow, it stays much better in your brain.”

“Neuroscience shows that our brains can retain and present information six times better when we ‘learn’ it in a more immersive way,” Jervis continues. “For example, try to attach a visual association to what you know you want to say.”

Good breathing is a powerful tool that can improve your public speaking skills. When we’re nervous we tend to take short, shallow breaths, which is why Paul Wingfield, head of vocal and opera studies at the Royal Birmingham Conservatory (bcu.ac.uk) recommends taking things slow.

“’Weak’ breathing, found by releasing your stomach on the inhale, will be your friend on stage,” he says. “Not only will this help stabilize the nerves, but it will also help you ‘support’ your voice for healthy vocal production – which is useful if you get into the habit of speaking to large groups of people.”

He adds that as our heart rate increases, so does our speaking rate – something experienced speakers are aware of, so they take the time to “take the time.” “You may feel like you’re speaking slower than usual, but chances are good that this is right. “

When it comes to public speaking, TED Talks (ted.com) are some of the best to watch, so spend ten minutes a day studying some of their most-watched talks on YouTube for some practical advice.

The manifestation brings something tangible into your life through attraction and belief. This can be a useful practice when ruminating on an upcoming sales pitch or training session.

“The best way to overcome all fears is to think back to a time when you felt very confident,” says Amy Crumpton, Mindset Coach, Founder of Social Cactus Coaching (social-cactus.com). “Where were you, what were you doing and how were you feeling at the time? Ask yourself, how can you borrow some of that confidence and energy and use it when you’re afraid? “

Crumpton says to “tap into what you want to feel” when it comes to public speaking. “Visualize yourself absolutely breaking it, everyone clapping and clapping and telling you how brilliant you have been. “

“Visualization is a super powerful tool that fools your mind because your brain can’t tell the difference between what is real and what is imagined. “

You can practice visualizing short-term goals on a regular basis, for five minutes twice a day, imagining yourself speaking with calm, serene confidence.

If you can’t overcome your fear with practice alone, consider talking to your GP. They may refer you to a cognitive behavioral therapist, which is a skills-based approach that can be an effective treatment for reducing social anxiety.

Joy and public speaking. Together at last. Turn stage fright into stage pleasure with The Joy of Public Speaking, a new book by Matthew Cossolotto