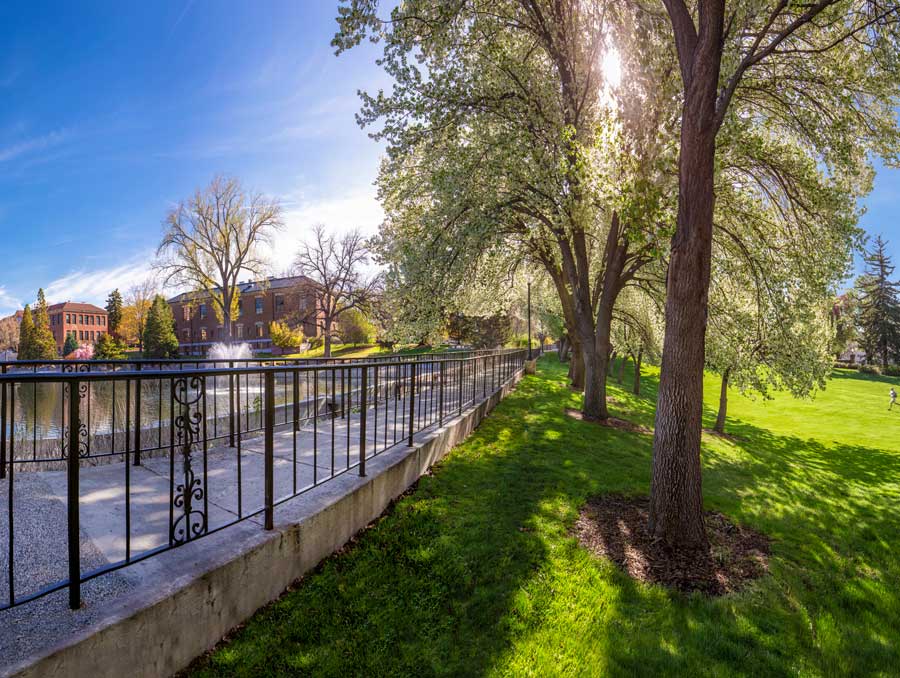 When I was a kid, my mom made sure I stayed busy with extracurricular activities. I excelled in some of them, while others failed miserably. I played basketball, football and baseball; ran track; joined a tap club and even participated in the band at one point. After being in front of people my whole life, you’d think public speaking would come naturally. However, that was not the case. In fact, being part of team sports and extracurricular activities allowed me to hide my fear of public speaking for a long time.

Public speaking has been a challenge for me since my youth. I was by no means shy. I was just unsure. I wondered if I made sense to the crowd, what my clothes looked like, and if people would laugh at me in a presentation. With these thoughts running through my head, I had to ruin everything, didn’t I? These uncertainties continued throughout high school and into middle school.

It wasn’t until my sophomore year at the University of Nevada, Reno that I decided to step out of my comfort zone and try something new. This new something was exposing my insecurities in front of people I was not comfortable with. I decided to first meet with an academic advisor to discuss courses that could help build confidence in public speaking. We chose two courses, “Communication 113: Fundamentals of Vocal Communication” and “Music 105: Vocal Techniques”. These classes required me to stand up, speak and sing in front of people without having the possibility of hiding in a group.

In Communication 113, I learned how to prepare presentations and read a play. The beginning of the semester was comfortable because the projects were group projects. They allowed me to gain confidence in these new skills without being the center of attention.

It wouldn’t be until the middle of the semester before I had a solo class presentation. I was extremely nervous. So, I figured if I could make the band laugh, then what I said or did wouldn’t matter as much. The subject of my project was how music can affect a person’s mood. During the presentation, I referenced a clip from a comedy movie where actor Terry Crews sang “A Thousand Miles” by Vanessa Carlton. The music video brought me a lot of joy and I was confident that I could play it well. And it worked like a charm! I got the exact reaction I wanted. I have demonstrated that music, lyrics and their interpretation by the performer can change an audience’s reaction and therefore their mood.

I found myself slowly building my confidence in Communications 113, but Music 105 would take more effort. I really like to sing. Like many people, I believed I sounded amazing (like recording artist Seal), but feared that others I looked more like a wounded seal. Was it all in my head? For my first solo performance, I chose a gospel song because I love gospel music and was convinced no one would laugh at someone singing about the man upstairs.

Unfortunately, things did not go as planned. Barely 20 seconds into the performance, I froze! Suddenly forgetting the lyrics, I found myself with nothing else to do but hum the rest of the 2 minutes and 30 seconds of the song. But I must have done something right because I got an A for homework (or the instructor felt bad and gave me an A for effort).

Before I knew it, the semester was coming to an end and Music 105’s final performance was fast approaching. To prepare, I started practicing weeks in advance hoping that muscle memory would return if I lost the lyrics again. I even reached out to another student who was a music major to provide piano accompaniment.

I went into the final performance feeling comfortable and prepared. What I’ve learned over the past three months is that most students were terrified of the exact same things I was: fear of messing things up, fear that their clothes or appearance would be ridiculed, or ‘we laugh at them when they started to sing. What we all discovered was that we were there to support each other, that messing up was okay, and not everyone sounded as bad as they thought in their minds. Just as importantly, we also found that we sound amazing together.

I stood there on the stage that last day, knowing it took blood, sweat, tears (and many diamonds) to get to this place. Not only did I sing well that day, but I no longer had the insecurities I had at the start of the semester.

Since then, I have also learned that the universe works in mysterious ways.

Little did I know that taking these two courses would help prepare me for a future as an admissions coordinator for the University of Nevada, Reno. A big part of my job involves giving presentations in front of hundreds of students and families, which would have been difficult without the confidence I gained from these two courses.

This 23-year-old young man is passionate about public speaking