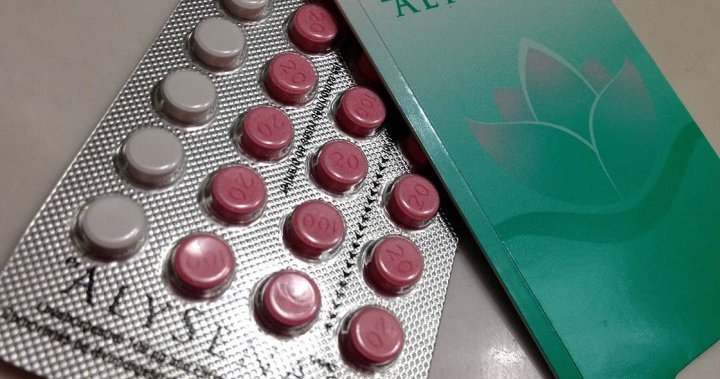 TORONTO – Health Canada says it has a plan to better communicate with the public about the risks of the recalled products after an independent review criticized how the recall of Alysena 28 birth control pills was handled earlier this year.

The federal department has asked Ottawa’s Risk Sciences International (RSI) to review its actions following the recall of the oral contraceptive by its manufacturer, generic drugmaker Apotex Inc.

Apotex withdrew Alysena 28 from the market when it was discovered that one batch contained too little active drug and too much placebo, leaving women who took it vulnerable to pregnancy. The lot contained approximately 50,000 defective packages, which were sold across Canada.

In its report released on Tuesday, RSI noted that Health Canada was not made aware of the recall until 15 days after Apotex first became aware that improper packaging of the product could pose a risk to the public.

RSI concluded that Health Canada followed all of its recall procedures once it was informed by the company that Alysena 28 was being removed from drugstore shelves.

Where ministry staff were lax, he suggested, was in their inability to inform the public as early as possible – before news of the recall reached Canadians through other means and involved a delay. in Health Canada’s response.

Health Canada did not notify the media and the public of the recall until April 8 – the Monday following the Easter long weekend – despite knowledge of the company’s actions four days earlier.

“Health Canada staff did not take the opportunity to publish a public communication on the drug recall on the afternoon of Friday, April 5, to address the social concern associated with unplanned pregnancies,” said the RSI report.

“Communication strategists, who are used to communicating on socially sensitive issues, were not informed of the recall until Monday, April 8,” when a notice was sent to the media.

Two Canadian class actions have been filed against Apotex on behalf of women who became pregnant while taking Alysena 28.

The law firm that filed a lawsuit in Alberta seeking unspecified damages said more than a dozen women have come forward after becoming pregnant while taking the pill. In Ontario, a previously filed $ 800 million lawsuit claims 40 women became pregnant.

RSI pointed out that federal drug regulations do not give clear direction to companies on notification requirements for drug recalls, nor give Health Canada the authority to enforce the notification.

The report recommended that laws governing recalls be strengthened to “include clear statements of industry requirements to notify Health Canada within 24 hours of a decision to recall a marketed health product, and to give Health clear powers. Canada to enforce the requirement. . “

He also said Health Canada needs to improve its ability to notify the public of recalls more quickly.

“Improve awareness of the 24/7 information and information sharing environment, and revise procedures to enable and support a rapid, inclusive and appropriate response to an emerging drug recall issue or risk, ”the report advises.

Federal Health Minister Rona Ambrose said her ministry would consider expanding its recall powers and would work with industry to ensure it promptly notifies any drug recalls.

“The independent review provided timely and practical recommendations to further strengthen Canada’s drug recall system,” Ambrose said in a statement. “We are committed to ensuring that Canadians get the information they need as quickly as possible.

On March 20, Apotex received a complaint about a defective package, along with a photo, and verified the defect five days later. Then on March 28 – the Thursday before the Easter long weekend – the company decided to recall the batch from which the defective sample came.

However, it was not until Wednesday April 3 that Apotex sent a recall notice to wholesalers, distributors and retailers, and did not notify Health Canada until April 4 – more than two weeks after being notified of the issue for the first time.

According to Health Canada’s recall policy, Apotex should have notified the Ontario office of the federal ministry verbally or in writing within 24 hours of the decision to withdraw the affected lot, which is Friday March 29.

How To Use Public Speaking Skills At Work On careers