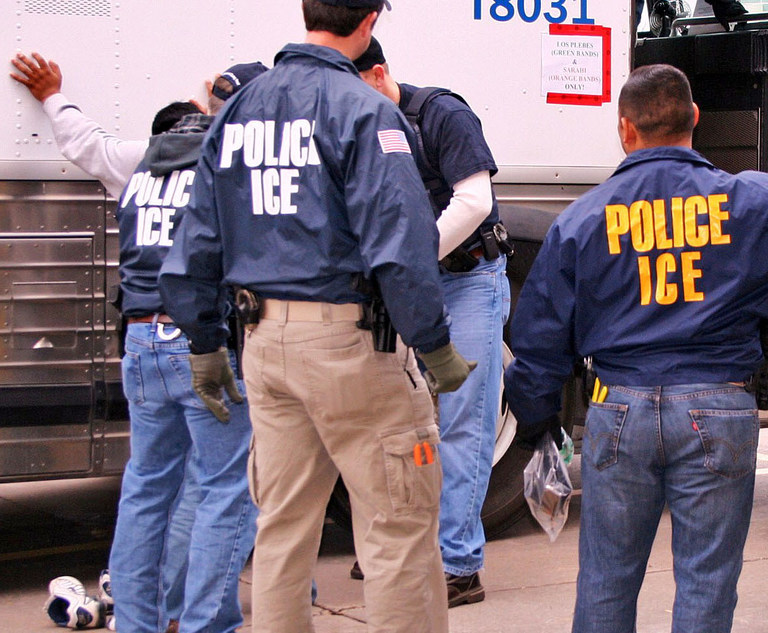 A former employee of the Immigration and Customs Enforcement division was awarded $ 125,000 to settle a lawsuit in which he alleged he was forced to quit his job.

In January 2017, the complainant Ronald Green, 58, a senior intelligence research specialist employed by the Immigration and Customs Enforcement Division of the US Department of Homeland Security, was assigned to a new team. of superiors. Green had long suffered from post-traumatic stress disorder that required psychiatric consultation, and he claimed the condition was made worse by assignments that involved public speaking.

Green’s previous supervisors had agreed that he would not be given any duties that involved speaking in public. Green’s inbound supervisors canceled the accommodation and therefore Green was required to provide oral presentations in which he addressed a senior member of the Immigration and Customs Enforcement Division.

Green claimed oral presentations were not included in the official job description of an intelligence researcher, but made up about 40% of his reconfigured workload. He declined to perform the next public speaking assignment assigned to him, and he was warned that further refusals would result in disciplinary action. Green claimed he was subsequently subjected to retaliation and hostile action. He retired in May 2018.

Green sued Acting Secretary of the Department of Homeland Security Kevin McAleenan. The lawsuit alleged that Green was unfairly denied reasonable accommodation for his post-traumatic stress disorder, that the denial was discriminatory, that Green was subjected to retaliation and harassment that created an environment hostile, and that these acts and the underlying discrimination violated Title VII of the Civil Rights Act 1964. McAleenan was subsequently replaced by Alejandro Mayorkas, who was therefore substituted as nominal defendant in the case .

Roderick V. Hannah in Sunrise represented the plaintiff, while Chantel Doakes and Veronica Vanessa Harrell-James of the US Attorney’s Office in Miami provided defense.

Green argued that he was unfairly denied reasonable accommodation for his post-traumatic stress disorder. The denial was issued by an office of the US Department of Homeland Security which dealt specifically with accommodation. Green claimed the refusal was based on his superiors providing a misleading job description.

Green had previously been refused promotion to a position that would have increased his salary. Green appealed the denial, and the appeal was pending in January 2017, when he was assigned to his new superiors. Green claimed his new superiors eliminated his performance from the duties that constituted his qualifications for promotion. He claimed that these duties represented about 60% of his duties, and he further claimed that public speaking duties represented about 40% of his reconfigured duties. His next performance appraisal report was negative and was denied his annual raise. He had not previously received a negative performance review report.

Defense counsel argued that oral submissions were essential functions of Green’s job, that Green’s reprimands were a justified response to Green’s refusal to perform those duties, and that Green’s duties were reconfigured because his new superiors wanted to improve his performance as an intelligence researcher. .

Green claimed he had been subjected to a hostile environment which worsened his post-traumatic stress disorder. He said he needed hospitalization, a change in the medications he was receiving and an increase in the counseling he was receiving. He further claimed that his doctors ultimately recommended a change to another type of job. In May 2018, Green retired. He said he did not believe his workplace environment would improve.

The parties have negotiated a pre-trial settlement. The US Department of Homeland Security agreed to pay $ 125,000.

How the public sector is accelerating climate action

How to Overcome the Fear of Public Speaking, According to Experts