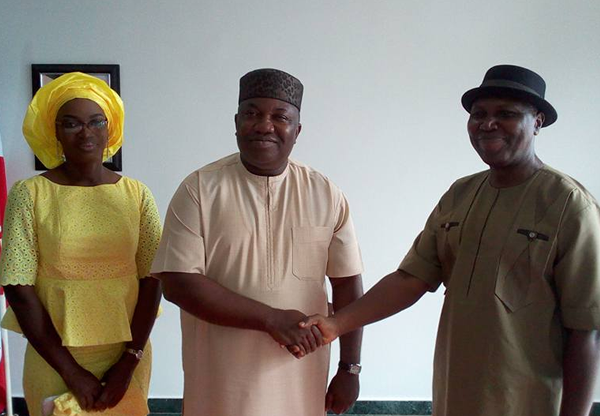 The opportunity met with preparation and would lead to success in Enugu State when last week Governor Ifeanyi Ugwuanyi appointed a leading professional, Ogbuagu Anikwe, to head the Ministry of Information.

Anikwe is the proverbial square peg for the square hole. He has the appropriate education, expertise, experience and exposure to serve Enugu State in the exalted seat of Commissioner. It also has one of the most important attributes for leadership: a high quotient of emotional and social intelligence.

My testimony from 32 years of interaction is that Robert Ogbuagu Anikwe is the kind of professional best suited to manage public communication in these complex times. He understands the need for communication, information, education and citizen mobilization for positive values ​​and ends.

Over a period of 30 years, he had full experience as a journalist, editor, editor, managing director and managing director / editor of influential national media (newspaper, online and radio) . He has formal training and specialization in Public Policy Analysis and Human Resource Management (from the University of Lagos), as well as Media Communication and Marketing from the Pan-Atlantic University (PAU), Lagos.

Anikwe is comfortable with the socio-political environment of reform projects in Nigeria, participating in various communications efforts from the World Bank to the Federal Inland Revenue Service and the Department of Energy, as well as the Economic Reform Project and governance of the World Bank in Ondo and Kogi State. State. Ondo and Kogi states? Yes, because it was merit-based.

Leadership comes naturally to Bob Anikwe. He led his mass communication class when the Enugu Management and Technology Institute ranked among the leading citadels for communication training. IMT’s professors included such icons as Onwuchekwa Jemie and David Edeani, both now professors and the first woman to be appointed as a mass communication professor in Nigeria, Stella Okunna and the late Professor Ike Nwosu. He gained production experience on the Satellite’s copy desk when it ranked as one of the country’s leading newspapers. In our field, production gives a fuller exposure and understanding of the why, when, where, what and how.

He was the leader of our 8 platoon at Camp NYSC in Owo. We lived together as body members in Akure, happily serving Mr. JT Aiyegbayo for whom we both produced guidance books for primary schools in Mathematics (Anikwe) and English (Nwakanma). It didn’t take long to manage The Guardian to recognize this journalist’s abilities with a global perspective in the process and they appointed him editor-in-chief, The Guardian on Sunday and editor-in-chief of The Guardian.

He would later enter the pantheon as editor-in-chief of the venerable Daily Times during the Onukaba Adinoyi-Ojo team’s turnaround period. From there on to a rescue mission as COO of The Post Express.

Ogbuagu has experience in strategic and public communication. He was part of the team of the Office of Governmental Communication of the Presidency. It was used to design and define a communications structure for the Federal Inland Revenue Service under the auspices of the World Bank. He then became part of the Energy Ministry’s technical communications team as Bart Nnaji worked to define policy and processes for power.

His cross-functional experience includes managing the radio as Managing Director of Hot FM, Abuja and Owerri. He was last chairman of the BusinessDay editorial board, responsible for business development in the Media2.0 era.

My friend Ogbuagu is generally discreet, with a calm and deep demeanor. No noise, no assignments, no show off. No time for the obsession with hedonism. He is a committed family man, Umeshie’s husband and the father of a clan of brilliant descendants! He is reliable and disciplined.

He led our cultural rebranding during the Akure era. Filled with the energy and idealism of the youth of NYSC, we made our received English names second to our native names. Robert or Bob changed to Ogbuagu and Idroped Ben to Chidorum. He set out our position in an Op-Ed in The Guardian, appearing on this platform was an honor.

Enugu State and Igboland need professionals who can apply communication strategically for mobilization, engagement, socialization, integration, entertainment and cultural promotion. He needs someone who understands that the mandate of the Ministry of Communication is not just to be a press officer or to speak on behalf of the governor, but to put in place structures, processes and actions. to ensure effective two-way communication between the State and all its stakeholders. Anikwe understands political development and communication as well as its market-oriented and nuance variant.

There are many challenges, including confusion among citizens over what to believe, challenge to the legitimacy of governments in the region, external threats and internal division. If there is one man who can cut through the clutter and verbiage, it is the cerebral Obuagu Robert Anikwe. There is excitement, cheers, and high expectations. Go ahead, my brother. Deliver, as usual.

What You Can Learn About Public Speaking From Daily Conversation

Learn to speak in public