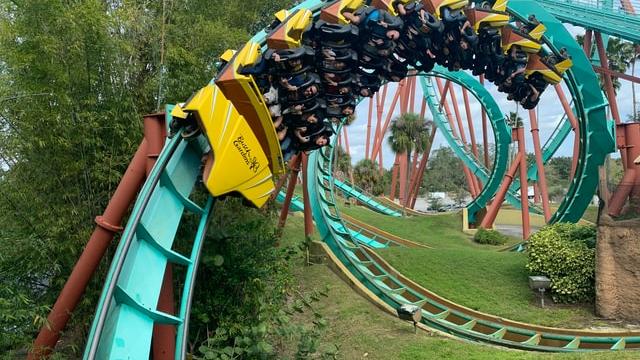 UNIVERSITY PARK, Pa .– Virtually all students at Penn State take an Effective Speech Form CAS 100, a mandatory public speaking course offered by the Department of Communication Arts and Sciences (CAS) at the College of Liberal Arts as part of the general student program. educational requirements.

The COVID-19 pandemic, which caused an almost immediate shift to distance learning in March 2020, drastically changed the way CAS 100 was taught.

“While the students, teachers and parents all understood that we were going to be far apart, the one class they couldn’t imagine being far away was public speaking,” said Denise Solomon, principal and teacher. from liberal arts to communication arts. and Sciences.

Fortunately for the students, a new idea had taken shape long before the start of the pandemic. According to Solomon, it was time to step up.

CASE 100: Keywords, a digital learning tool designed to replace the more traditional classroom textbook, was launched to create a more dynamic, fluid and agile way for students to interact with content and for instructors to structure their courses.

“We started with a department-wide conversation about the goals of CAS 100. Through this process, we developed a keyword-oriented table of contents and began the work of creating an eBook organized around thematic essays that contribute to the program. “said Solomon.

These dialogues were held by Michele Kennerly, associate professor in arts and sciences of communication and classical and ancient Mediterranean studies. Michael Steudeman, Assistant Professor in Communication Arts and Sciences, when he joined the faculty in the fall of 2018, assumed the role of Project Manager.

The project was piloted in spring 2020 and slated for a smooth launch in fall 2020, but the sudden shift to distance learning prompted CAS professors to complete and pilot the project much earlier. The content has been used to support online teaching for the remainder of the Spring 2020 semester and the 2020 summer courses. In the fall of 2020, CAS 100 Keywords was fully launched.

Twenty-three CAS faculty members, including faculty and graduate students, wrote essays, organized under five main headings: community, creed, politics, motivation, and oratory. Each main keyword reveals a deeper set of interconnected topics with associated essays, hyperlinks to articles and speeches, and interactive mods. Some essays are didactic in nature, while others are concept oriented.

“We wanted to reflect the diversity of perspectives and academic approaches within the discipline and within our department,” said Steudeman. “We also wanted to create a living document that could be easily updated and that gave instructors flexibility in how they organize text. Students all end up doing the same homework, but their instructors can organize their lessons differently and still get the same results. We wanted to eliminate the feeling that students are going through a textbook in a stereotypical way. “

A priority in the volume, noted Steudeman, was to include voices from diverse backgrounds and recent examples of public speaking. Tarana Burke, founder of the #MeToo movement, for example, is referenced in the essay “Public Policy” written by associate professor Marcy Milhomme. Likewise, in an entry on “Speaking Powerfully,” Kathy Kile, an assistant teaching professor, showcased the speaking skills of Bhavana Thota, a Penn State student who won the speaking competition in public on the civic engagement of the CAS department in spring 2019.

“Many public speaking courses use well-known speeches, such as those of past presidents, by default,” Steudeman said. “We wanted to move away from this model by highlighting discourses that do not generally appear in a traditional oratorical text. “

Digital text also allows for quick review of entries to incorporate relevant speech examples, such as when pilot content has been edited to feature speeches on the COVID-19 pandemic.

An additional benefit is related to cost, noted Steudeman. The old CAS 100 manual cost about $ 80; Keywords is $ 20.

“The financial part was a big motivation for us to go ahead and be the pivot. Saving students money, when so many people face financial hardships as a result of the pandemic, has been particularly rewarding, ”said Steudeman.

According to Solomon and Steudeman, students took on the challenge of distance learning and speaking on Zoom.

“The students responded positively, even though they did not have a live audience when they presented their speeches,” Steudeman said. “I think it was a happy coincidence that we were creating an online resource just as the pandemic was overthrowing the classroom model.”

“CASE 100: Keywords was originally intended as an online manual for an in-person public speaking course, but the remote presentations are here to stay, and we will keep them as part of the in-person courses that we are. we will be proposing in the future, ”said Solomon, commending his department for working together as a community to create an exceptional manual. “There won’t be a college graduate who doesn’t have to do a Zoom interview or pitch an idea in a virtual meeting.

“We were as disappointed as anyone to let go of the energy of the classroom, but communicating virtually is a skill that everyone must have in the future,” she concluded. “If we can help our students to be more effective and to shine in this environment, they will excel in the job market and even more so in the way they interact as citizens.