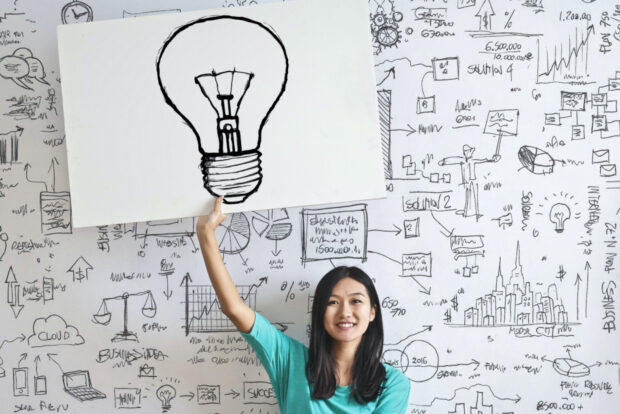 Intelligent automation allows public servants to focus on creative tasks that only humans can perform. Photo by Andrea Piacquadio via Pexels

Artificial intelligence (AI) and robotic process automation (RPA) were once seen as technologies that would replace white-collar jobs. But as experts agreed during an SS&C Blue Prism Canada webinar, that’s now far from the truth: in addition to helping save time, money and resources, they also free up employees from the public sector to focus on creative thinking, which in turn boosts employment. Satisfaction

Most government organizations have embarked on a digital transformation program and have automated some processes in their operations. Some are at an early stage of this journey, others are more advanced. While circumstances from organization to organization may differ, the logic behind the automation push remains the same: remove friction from business processes and reduce errors that can be introduced by manual entry and re-entry. Datas.

The challenges are heightened in the public sector and among healthcare organizations in particular, many of which use legacy systems to process increasing volumes of data. At the same time, they operate on tight budgets that make it difficult to justify investments in new technologies unless there is a proven return on investment.

The systems of public sector organizations have come under even more strain during the COVID-19 pandemic. The lockdown forced the government and health agencies to speed up the implementation of technology to ensure people could remotely access the essential services they needed.

By fully embracing intelligent automation, many organizations have implemented a step change in the way they work and reaped significant benefits. These benefits were discussed in a webinar held in April – hosted by SS&C Blue Prism Canada – titled “Accelerating Digital Transformation: How Intelligent Automation Can Lay the Foundation for Government and Healthcare of the Future”.

It began exploring the benefits of intelligent automation in 2017 to support customer journeys, create value for its customers and, at the same time, drive internal productivity improvements.

Janka Coppens, managing director, intelligent automation, at ATB Financial, explained that the institution has focused on automating “non-value-added tasks, enabling consistent and reliable customer experiences and giving customers choices in how which they deal with us”.

The team redesigns inefficient processes by combining RPA with complementary technologies such as machine learning, computer vision and natural language processing. “We are leveraging lean design and management principles to find sustainable and scalable solutions for the future,” Coppens said.

Hundreds of thousands of hours saved

The return on investment that ATB Financial has received since adopting this approach has been impressive. According to Coppens, this resulted in 16.5 million cumulative efficiency savings, which equates to 340,000 hours of “work effort,” and that number is growing every month. By embracing automation, ATB has also reduced “cycle time” by 99%. “Something that used to take three days to accomplish now takes three minutes,” she said.

While she readily admits that automation isn’t a silver bullet – “it has to be fit for purpose” – Coppens added that process automation has freed up team members and “increased their ability to focus on complex, value-added work, so we removed the mundane.”

It’s a similar scenario at Alberta Health Services (AHS), Canada’s leading healthcare organization, which supports 4.6 million citizens. The intelligent automation work it has done initially focused on business functions, but in the future, AHS intends to transform clinical functions as well by automating processes that employees hate to do. . “So we’re trying to embrace that kind of ‘if you hate it, automate it’ mentality,” explained Jesse Tutt, head of intelligent IT automation at AHS.

“We’ve freed up about 20,000 annualized hours to date by implementing smart automation,” Tutt said. “Next month we should double that, then in six months we should triple it. That’s our goal. So we’re going to have some really exciting automations in our pipeline.”

“The robots are coming” – but is that a bad thing?

He noted that historical attitudes toward automation and digital workers have changed. “I know at first there was definitely a lot of pushback around ‘robots are coming, they’re going to take our jobs away’, but from what I’ve seen with most clients, they’re actually enough to accept the idea of ​​bringing in digital workers and taking the boring parts of their jobs away from them. It frees them up to do creative things that only humans can do in terms of complex problem solving,” Abrams said.

And that’s just the tip of the iceberg in terms of the benefits organizations can gain by implementing intelligent automation. “It’s not just about efficiency and cost savings,” he added. “The robots are running 24/7, so turnaround times are a really big improvement as well. Plus, they always do what you tell them to. Humans make mistakes. If robots make a mistake, it’s because you told them to do the wrong thing. Thus, you also benefit from significant reductions in the error rate.

While some of the historic attitudes towards intelligent automation have softened, Steve Picot, vice president, US public sector and Latin America, at SS&C Blue Prism, observed that some organizations have been slow to adopt the technology. He felt that the biggest hurdle for them was determining whether RPA was “taking root first” and existing within public sector organizations. “Is it a business process or is it an IT process? This relatively simple question can be a barrier to starting many of these programs,” he said.

He added that “there is no job that cannot be improved by RPA” and that if organizations adopted the technology, which would help them “achieve the bottom line, increase profitability and productivity, reduce costs and reduce risk”, this would allow them to obtain a cross-functional agreement on the large-scale implementation of intelligent automation.

Abrams agreed with Picot that a successful deployment of intelligent automation requires a partnership between IT and the “business side” of an organization. And while he indicated that technology might not be the answer to all challenges — “you have to use the right tools for the right problems” — Abrams said every organization could benefit from adopting it.

“I think some naysayers would say that in a perfect world we don’t need intelligent automation – all of our systems would be seamlessly integrated and we would have end-to-end automation,” he added. “And that may or may not be the case. But what’s definitely true is that we don’t live in a perfect world, and we never will, so intelligent automation is here to stay and should be part of your digital toolbox.

This SS&C Blue Prism Canada webinar took place on April 14, with support from the Global Government Forum. You can watch the 75-minute webinar via our dedicated event page.