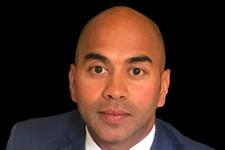 The role marks a return to public sector communications for Sharma after three “great years” at the children’s charity, during which he was listed in PRWeek’s Top 10 in Charity Communications.

He leads the media, campaigns, public affairs, digital, design and internal communications teams of Hounslow Borough Council “in support of a revival and resurgence of” One Hounslow “after pandemic, as well as the full spectrum of counseling business today, “according to Sharma’s LinkedIn profile.

In a social media interview, he described how he grew up in Brent and Hounslow and worked in perfumes and cosmetics at World Duty Free after college, after dropping out of his military officer training.

“It was my most extreme and unique career change!” he said.

Sharma also shared details about her past, such as a brief stint as a reality TV contestant on a BBC 2 survival show called Bare Necessities over 20 years ago. “We were in the pilot episode where the professionals were pitted against each other for resilience and survival skills. “

He explained how he wanted to build on what the Hounslow Council communications team has already done. “We have so much to scream, and the team made sure we didn’t hide our light under a bushel – but (to mix up the metaphors terribly) we should turn up the volume.”

In another post on social media, before assuming his new role, he said: “Good little-known local utilities in Hounslow and Brent have helped Sharma family members through domestic violence, mental health crisis , multiple relocations, and drug addiction spanning four decades – long before the era of social media virtue flagging. The little discretionary acts of an army of people who are just plain good – make all the difference. “

He added: “This is why I am thrilled to join the incredible Campaigns, Media, Public Affairs, Digital Engagement and Internal Communications teams of the Hounslow Council.”

Sharma spent three years working as a public relations consultant at Weber Shandwick before moving to public sector communications when he accepted a post as a press and publicity officer with the Metropolitan Police in 2001.

Sharma left her post as Head of Strategic Communications in the Prime Minister’s Office and the Cabinet Office to move to Barnardo in 2018.