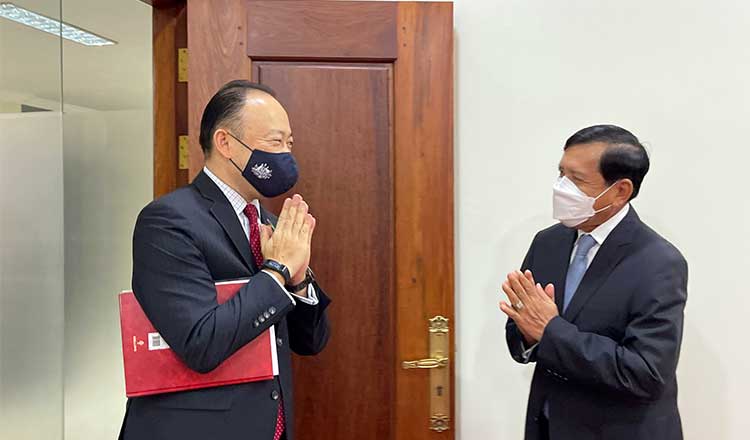 Australia and Cambodia will continue to promote bilateral cooperation on public administration reform.

According to an article released today by the Australian Embassy, ​​Ambassador Pablo Kang met with Prum Sokha, Civil Service Minister and recently appointed Chairman of the Public Administration Reform Committee, on Wednesday to discuss continued support from Australia to providing public services to Cambodians.

According to the Ministry of Civil Service, during the meeting, the minister and the ambassador appreciated the results of cooperation between Cambodia and Australia. The two sides discussed and agreed to further strengthen cooperation on public administration reform, including: support for Cambodia’s National Public Administration Reform Program, preparation of a draft law on public administration services, leadership training and innovation for public servants and sustainability planning during the Covid-19 epidemic.

The Minister also expressed his thanks for the Australian Government’s assistance to Cambodia’s public health sector, in particular in the fight against Covid-19, as well as for the granting of scholarships to Cambodian students and officials to study in Australia.

Minister and Ambassador Kang expressed their firm belief that better cooperation in the public administration reform program will continue to contribute to the development of mutually beneficial relations and cooperation for the governments and peoples of Cambodia and from Australia.