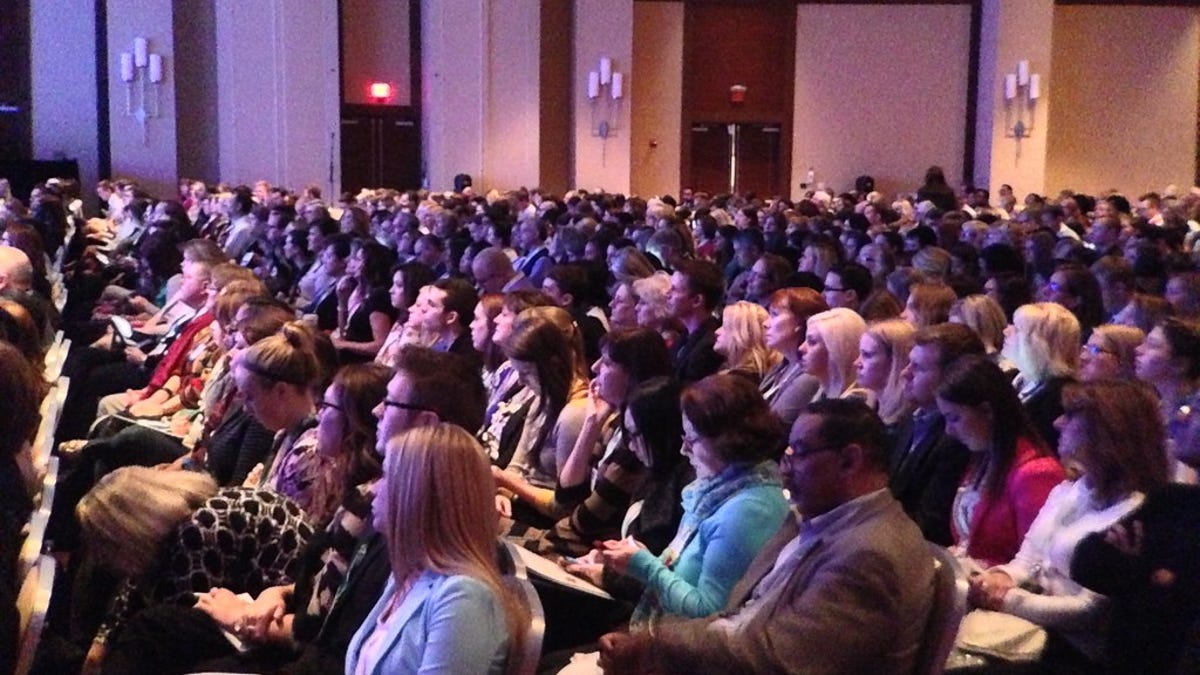 There’s that old Seinfeld joke, the one about public speaking that ranks higher than death on people’s list of top fears. Seinfeld points out with characteristically deadpan that most people at the funeral would rather be in the casket than give the eulogy.

Was there a hint of the familiar in that Seinfeld joke? You’re not alone. The National Institute of Mental Health reports that public speaking anxiety affects 73% of people. Can AI help bring some comfort and ease in front of a crowd?

This is the premise of Yoodli, a free platform to help people improve their speaking skills without the pressure of an audience. The technology, developed at the Allen Institute for Artificial Intelligence, provides real-time analytics on technical aspects of speech, such as filler word usage, rhythm, volume variation, and more.

“Building your speaking skills is like training a muscle,” says Varun Puri, co-founder of Yoodli. “The same way we warm up before sporting events or calm our mind through meditation, we can train our body before speaking. At Yoodli, we believe that speaking preparation can be fun and stress-free. That’s why we’ve built daily AI-powered drills to help people improve their speaking and impromptu interview skills.”

What’s interesting here is how familiar apps like this have become in another aspect of self-improvement: fitness. Smart mirrors help users achieve workout routines far removed from the pressure of a crowded gym or high-intensity class, while providing the benefits of an interactive coach. In other words, judgment can be checked at the door as you dig into the fundamentals.

The question is whether a digital app or program can effectively alleviate the terror some feel when called upon to deliver a speech, instead of simply helping a user understand the mechanics. For those with physiological responses, such as shortness of breath, it can be difficult to transfer lessons learned on an app to a real-life scenario. Yoodli aims to ease this transition with interactivity, including a community-driven integration that allows users to share their practice talks with colleagues for feedback. And good mechanics are certainly the cornerstone of any good speech, with confidence gained through practice and measured improvement that goes a long way. This is as true for beginners as it is for world-class speakers.

“Prepared speaking is my jam,” says Ed Tate, world champion in public speaking. “However, I hadn’t won our club’s impromptu public speaking contest (called ‘table talk’) in years. Since I started using Yoodli, I have won “tabletop topics” in my Toastmasters club three times in a row. »

Yoodli has an advisory team that includes TEDx trainers, speech professors at leading universities, and other global champions in public speaking. Investors include Madrona Venture Group, an early Amazon investor, and Microsoft co-founder Paul Allen’s Institute for Artificial Intelligence. It was developed by former engineers and product managers from Google, Facebook and Apple.

It’s free and worth it if you plan to find yourself in front of a crowd soon.