The brain drain in Malaysia is twice as high as the world average, which costs the country academics, doctors, engineers and researchers who are fed up with the corrupt political system, the lack of fair and rule-based organizational environments and the lack of meritocracy.

While racism plays a role in a culture dominated by ethnic Malays, at the heart of the problem is the practice of excessive subservience to gain favor from superiors, known by its Malay word. bodek. It was identified by former Prime Minister Abdullah Ahmad Badawi and his successor Najib Razak, who tried unsuccessfully to fix it through the government’s transformation agenda. In 2018, Mohd Shukri Abdull, then head of Malaysia’s Anti-Corruption Commission, warned that it was “ruining the country”. That year, the World Bank in a report criticized the Malaysian civil service for its lack of accountability, impartiality, transparency and openness.

Inelegantly known as the brown nose, bodeking is the biggest organizational dysfunction within the Malaysian civil service, compromising the quality and integrity of management as well as protection against corruption. Dutch cultural anthropologist Geert Hofstede ranks Malaysia as the top country in his Power distance index, which measures the extent to which less powerful members of societies and organizations within them accept, expect and accept power to be unevenly distributed.

It has deep cultural roots with Malaysians living for hundreds of years and accepting a hierarchical / feudal structure led by sultans or rajas. Throughout recorded history, Malaysian society has not only accepted authority, but has also gone to great lengths to seek acceptance from those at the top of the social hierarchy. Malaysia is just one of two countries where monarchs bestow titles on citizens, which are in high demand. The British in the Malay colonial era knew the prestige and power of monarchs and incorporated the Malaysian royal class into government and constitution.

Today’s society generally accepts posts of royal, political and administrative authority as the top of the social totem pole. Those who revere and respect will seek acceptance, seek favor and identify with their leader. Those who dislike their rulers will secretly disrupt and undermine their rulers through clandestine actions and the sabotage of their authority.

The ultimate example may have come when those who surrounded former Prime Minister Najib Razak before he called the 2018 general election, including his own ministry and the special branch of the police, predicted that ‘he would win. This time, Najib was caught off guard. However, bodek culture protected Najib earlier during the 1Malaysia Development Berhad (1MDB) financial embezzlement scandal, with connoisseurs falling silent to keep their favor.

Senior officials are becoming so dominant and powerful that they are able to transform their departments and agencies into their own private empires. Many departments follow their leaders’ agendas, rather than organizational assignments. They implement their own ideas, procedures, systems and programs, only to see them dismantled when a new person takes over. This leads to the discontinuity of programs, procedures and systems within the civil service. The rules-based environment in the public service is subject to the interpretation of the leader rather than the standards of the institution.

Loyal employees under the patronage of their superiors usually follow instructions without asking questions. This allows tenders to be manipulated, procurement procedures skilfully bypassed, and the use of budget allocations at the prerogative of the leader without accountability. These errant practices usually go unreported to the Malaysian Anti-Corruption Commission simply because no one is willing to report them. Even though the MACC is aware of certain corrupt practices, it cannot obtain any insider evidence for investigations, charges or prosecutions.

Gaining the favor and patronage of senior officials allows junior officers and clerks to establish their own intra-agency areas where they can personally benefit financially, without hindrance. These corrupt activities can be minor, such as hype or even making expense reports. Other means of bribery include obtaining commissions from contractors and suppliers, or even setting up their own proxy procurement companies.

Many infrastructure, development and welfare projects are proposed, planned and developed so as not to fill infrastructure gaps, make rural areas more accessible to local inhabitants or help vulnerable people. Thanks to junior officers eager to please their superiors too much, senior officials are able to push these white elephant projects through the Civil Service Economic Planning Unit (PSU) program system. There are thousands of abandoned white elephant projects all over the country that planners and their groups have taken advantage of and moved on.

Government reports, presentations and proposals are prepared and written to present issues in the most positive light. Most reports and presentations now focus on providing brilliant projections to mask reality. The statistics are systematically skewed, the national poverty rate vastly underestimated by the bureaucrats for many years to make the government appear to be eradicating poverty.

At the heart of Malaysia’s bodek culture is the imperative that it is wrong to criticize or contradict a superior, especially a superior. Peers within the public service would also see any disagreement or contradiction as a betrayal of the group. Those who correct or disagree will be ostracized by their co-workers. Thus, there is strong peer pressure to sit in a meeting, agree or be silent, so as not to show others. Departments and agencies are locked in a Groupthink headquarters, filtering information to include only what subordinates think the boss wants to hear.

Waste of time and resources

Too much time and too many resources are spent creating events, program launches and openings to glorify and please superiors. These events take a long time for teams to plan for nothing more than to please a senior official. Renting premises, renting equipment, catering, printing and purchasing special uniforms are all a drain on public funds.

It is part of the practice of glorifying senior officers such as the prime minister, cabinet ministers, general managers of ministries, vice-chancellors of public universities, agency heads, and police or military chiefs. This bodek culture can be seen in the WhatsApp groups of agencies, departments and faculties, with replies to superiors filled with words like tania (congratulations) and hebat (fantastic).

The energy and emotion invested in the continued appeasement of superiors is exhausting. The cultural norm that officers do not contradict their superiors, and the difficulty in coming up with new ideas when superiors already have an agenda, suppresses the diversity of ideas within the public service. The culture of silence is ingrained among school students, where they are discouraged from asking questions.

Destroy the concept of teambuilding

Such practices destroy morale and motivation in many government departments and agencies. Appeasing superiors leads to internal stress that manifests itself in ulcers, upset stomachs, and even cancer. This is an area that has been seriously neglected in research and treatment.

This is what makes Malaysian administrative leaders powerful, above criticism and influencing those over whom they have direct authority. Some, whom Badawi called the Little Napoleon, are able to create and develop loyal followers throughout their careers, only to lose them instantly in retirement. It is not uncommon to see many former senior officials wandering alone during their retirement years.

The civil service is one of the nation’s most important resources, the one who runs the country, rather than the executive. Therefore, the culture and the resulting health, efficiency and is of vital national importance. The practice of bodeking must be eradicated. It is a cultural cancer that requires immediate attention. It is a necessary reform that the so-called reformist government of Pakatan Harapan has not recognized. None of the last three short-lived governments has said a single word about it.

Australia and Cambodia to strengthen cooperation on public administration reform 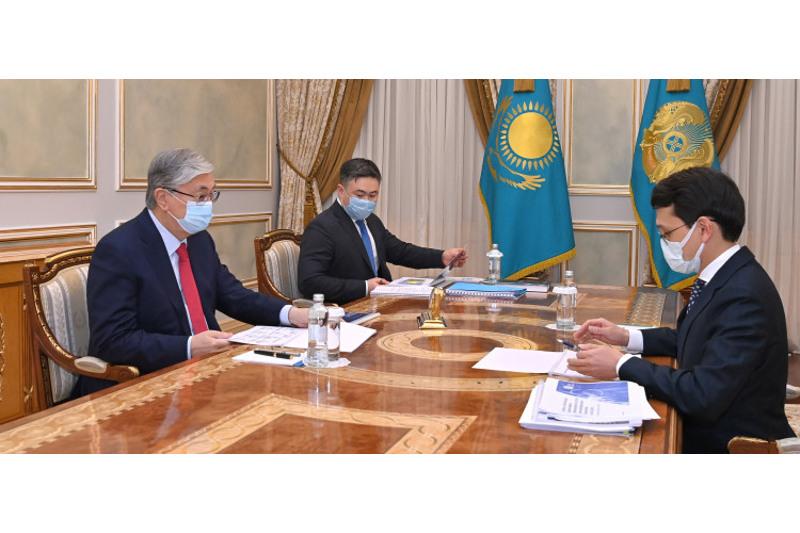